Marc Savard's new contract with the Bruins was seen as a win-win for both player and management, but it's drawing the attention of the league.

According to the Boston Herald, the NHL is investigating whether Savard's seven-year, $28 million deal violates the spirit of the collective bargaining agreement. The league is concerned that such a deal pays the player a much higher salary in the early years of the contract while giving the team a manageable salary cap hit.

"They're looking at a number of contracts," Chiarelli told the Herald. "It?s a matter of course. I?m confident we did everything by the CBA."

"We did everything by the book, but I respect the league's right to investigate, and we'll accommodate them with it to the extent that we can," Chiarelli told the newspaper. "This is [how Savard] wanted it structured, and that?s the way we wanted it structured."

Tom Brady, Patriots Unwilling to Fade Away From NFL’s Elite 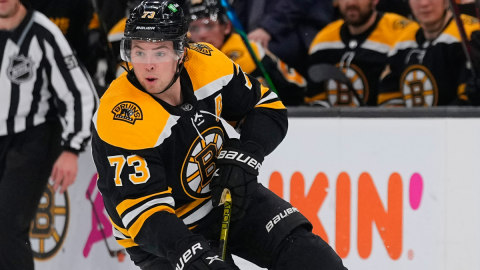