With all the drama Rex Ryan has brought the Jets this offseason, it’s nice to know one thing has gone according to plan.

The surgery was on the patella in his left knee, which Sanchez dislocated while playing the previous fall at USC. According to the New York Post, Dr. Elliott Hersman performed the surgery to stabilize the area around the kneecap, which will allow Sanchez to play without a knee brace for the first time since the initial injury.

Even better news for Jets fans may be the fact that Sanchez should be 100 percent ready to go by the time training camp rolls around in July, though he may have to take things slowly in the spring’s organized team activities as recovery time should take around two months.

Sanchez’s health is paramount if New York wants to build on last season’s trip to the AFC championship game. As of right now, the Jets lack a proven backup to Sanchez, who will be entering his second season as a pro. Kellen Clemens appears likely to depart this offseason and while former Jet Chad Pennington was linked to a return to the green and white, it’s clear that he will look for a opportunity to earn a starting job somewhere. 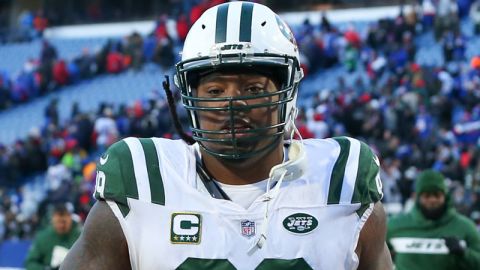