Patriots Should Win Super Bowl Next Season, Based on Recent NFL Trends - NESN.com Skip to content In the past five seasons in the NFL, losing in the playoffs has paid off.

The last five Super Bowl champions, including last year's Green Bay Packers, all have one thing in common: they failed to win a playoff game the previous year. The Saints, Super Bowl XLIV champions, were the only team to not make the playoffs prior to winning.

Given that trend, the Sporting News likes the Patriots' chances to win Super Bowl XLVI in Indy this season.

Boston fans know all too well that you have to lose in heartbreaking fashion before you reach the promised land. Aaron Boone crushed Red Sox fans with his walk-off home run in the 2003 ALCS before Boston won in 2004.

Zdeno Chara hoisting the Stanley Cup felt that much sweeter after a bitter end to three seasons prior to winning it all, including a blown 3-0 series lead against the Philadelphia Flyers in 2010.

Although the suffering for Patriots fans was ended in 2001, it's been seven years since New England has held a Lombardi Trophy, a lifetime in these parts.

However, the Patriots failed to win a playoff game last season despite a 14-2 record, a first-round bye and home-field advantage. They have failed to win their last three playoff games, two of which have bene played at home.

You have to lose some big games to win. The Patriots have completed the first part of the equation and hope 2011 will end "New England" years of suffering. 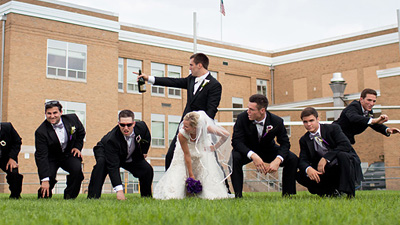