One of hockey's best young defensemen isn't going anywhere, at least not in the near future.

The Los Angeles Kings announced on Thursday night that they have verbally agreed to terms with Drew Doughty on a multi-year contract. The 2008 No. 2 overall pick in the NHL draft was a restricted free agent prior to agreeing to a new deal with the team.

According to TSN's Bob McKenzie, the deal will be for eight years and $56 million.

The 21-year-old is already one of the best blueliners in the game, and he was a finalist for the Norris Trophy as the NHL's best defenseman for the 2010 season.

Doughty has 33-93-126 totals in 239 career regular-season games in the NHL, and in two career playoff appearances with Los Angeles, Doughty has recorded 11 points on five goals and six assists. 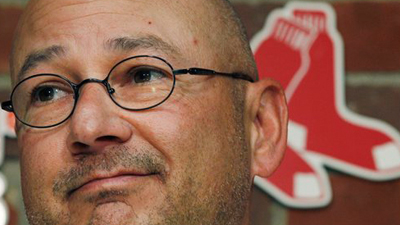 Terry Francona Steps Out of Character, Shares Concerns He Had With Character of Team

Vote: Who Will Win the World Series?