Editor's note: Each week, two members of NESN.com's editorial staff will debate a topic via email in a feature called "Field Judges." After reading both sides of the argument, NESN.com readers can give the final say by voting below.

The feelings surrounding the Patriots right now may not be doom and gloom, per se, but they're not good. The team got shellacked by the Steelers in Pittsburgh, exposing what many fear to be problems that won't go away any time soon.

Others — the optimistic folks in the bunch — may feel it was just one bad game and that the Patriots, particularly their defense, are due to improve in the second half of the season.

NESN.com's Michael Hurley and Ben Watanabe debate whether the Patriots are still a lock to win their division.

By that measure, the Bills could be the best team in the division. Is that a crazy concept?

The Patriots, despite their horrific showing Sunday in Pittsburgh, are widely considered to be a lock for the playoffs and, for the most part, a guarantee to win the AFC East.

The question is — are they?

Watanabe: The AFC East title is a lock for the Patriots. Maybe not the dead solid, stone-cold, 144-percent lock it should be, but it's a lock.

The Patriots face their most likely competition for the division crown, the Bills, in the final game of the season. Without getting into the ins and outs, the Bills could be anywhere from 8-7 to 12-3 when they visit New England. The Patriots, however, seem to be locked in as either 11-4 or possibly 12-3 heading into that showdown.

As they say in statistics and the stock market, bet on the one with the lowest volatility. Sure, there's a chance the Bills could be 12-3 and the Patriots could be just 11-4 at that point, but it's highly unlikely given the Bills' history and their inconsistency in three of their last four games.

What's most likely is that the Patriots have their destiny in their own hands for the season finale — and they'll be at home. In that scenario, I will take Tom Brady, Bill Belichick and the Patriots every time.

Hurley: I agree wholeheartedly that the Bills won't be 11-4 come New Year's Day. They're good and they're dangerous, but they?re not equipped to potentially win 12 games. They haven't done that since 1993. Seriously.

However, after Pittsburgh exposed the Patriots' defense on Sunday afternoon, I'm not so sure the Patriots will be in 12-win territory by the end of the season.

They have some very losable games against the Giants, Jets and Eagles on the schedule. Add in their usual "We Were Terrible for One Week" loss that they have every year (Cleveland in 2010, Denver in '09, Miami in '08 … ), and they could be a 10-6 team this year.

Tom Brady's offense is always dangerous, but it's gotten worse as the season's gone on, and the defense is a disaster (32nd in passing yards allowed, 32nd in overall yards allowed).

The Bills' schedule is a little easier, as is the Jets'. It could come down to that.

I agree with you in that if the Patriots-Bills matchup at Gillette on New Year's Day determines the division winner, the Pats can bust out the hats and T-shirts. I'm just not so sure that the Patriots won't be playing to punch their ticket to the postseason that day.

Watanabe: Ugh. Can we agree that they need to do away with hats and T-shirts for a division title?

This feels a lot like arguing which is the sanest Kardashian sister. The Pats, Bills and Jets all have their attractive qualities, but dig a little deeper and you discover their flaws just aren't worth the trouble.

I'm still not sure why my ominous "Week 17" argument didn't sway you, but I'll give it another try. Let's put it this way: How many "D'oh!" losses do we think each team will have. Assuming they'll all lose two or three off pure merit, how many losses will they have that just make fans smack their foreheads and say, "D'oh!"

For the Bills, I count two: one of the Jets games and the Titans (who have inexplicably beaten the Ravens and gotten killed by the Texans already). For the Pats, I see one possibility: The completely unpredictable Chiefs. For the Jets: Well, every single week, to be quite honest.

Maybe this isn't the most scientific analysis, but the Patriots are still the team least likely to beat themselves, and that quality alone could be good enough to win this crazy division.

Hurley: You're right. The Bills are going to lose some games. They have the Cowboys, Jets, Chargers and Patriots all on the road. I just have my doubts that this team is the 11- or 12-win powerhouse that we're accustomed to seeing around here.

What we may see for the first time in a very long time is a Week 17 matchup with a whole lot more riding on it than a lousy shirt and hat.

Are the Patriots a lock to win the AFC East this season? 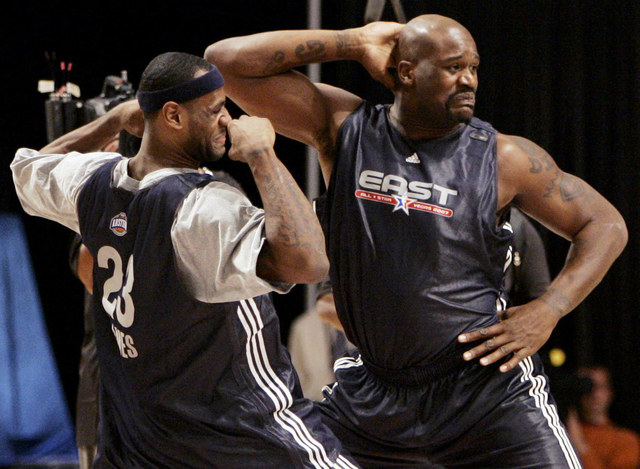