Rajon Rondo Is Not One of Top Five Point Guards in NBA, No Matter How Often It's Said - NESN.com Skip to content Saying something over and over does not make it so. "She loves me, she loves me not" doesn't really make him or her love you (or not), and no matter how often it is said, Rajon Rondo is not one of the top five point guards in the NBA.

This is written with some hesitation, for a number of reasons. Foremost is, given the timing, it will seem like piling on when Rondo is a pretty easy target. Seeing as he's currently serving a two-game suspension for flipping a ball at a referee, the "trade Rondo" sentiment is running pretty high, with NESN.com voters torn around 50-50 on the topic in Tuesday's poll.

Aside from that, there's the indisputable fact that Rondo is an outstanding player and one of the best point guards in the game. He's been an All-Star. He has a championship ring. He's capable of netting a triple-double on any given night.

And, ultimately, there's the reality that ranking anything is pretty much useless. Does it really matter, when the ball goes up, whether the Thunder or Heat are ranked No. 1 in some arbitrary power rankings list? The only two players in the last 30 years who have given a second thought to such trivial things are Kobe Bryant and Michael Jordan.

This isn't an attempt to put together a "correct" ranking of players at Rondo's position because, honestly, I don't care and you don't care whether Mike Conley is the 11th or 12th best point guard in the league. But offhand comments by fans and experts alike about Rondo's standing in the game obligate somebody to bring everyone back down the earth.

Numerous trade rumor stories involving Rondo have referred to him as a "top five" point guard, including this well-thought breakdown of the Pau Gasol rumor. Tom Heinsohn, who has seen loads of basketball in his career as a player, coach and analyst, went so far as to call Rondo a "Hall of Famer" in Monday's pregame show. Rondo being a top five point guard has been repeated in Boston so often it's now a throwaway line, stated without any thought: Should the Celtics trade top-five point guard Rajon Rondo?

Sports make for the most entertaining arguments, but there are exactly six points guards who are inarguably better than Rondo, when things like age and contract status are taken out of the equation and the debate is confined entirely to what each can do on the court.

So Rondo is lucky No. 7, right? Not necessarily. Again, this isn't about bothering to rank all the point guards in the league. Rose, Paul, Westbrook and Williams are hard and fast at the top four, in some order. If there's any dispute with that, feel free to stop reading now.

That fifth spot is the one that is often up for grabs. When Rondo opened the season with 31 points against the Knicks, he slid into that slot in many observers' lists. When Nash posted six consecutive games with at least 13 assists, he suddenly didn't seem so old at 38. When Parker unleashed 42 points on the league-best Thunder on Feb. 4, the list-makers sat back and said, "Wait a minute, now."

If you feel Rondo is a superior point guard than Nash or Parker, that's fine. Those green-tinted glasses really bring out your eyes.

Parker is the next-best point guard in terms of taking over a game with his scoring, behind Rose, Westbrook and Williams, and he can do it while still helping Tim Duncan and DeJuan Blair score in double digits. Nash's player efficiency rating has fallen from its unheard-of level earlier in the season to a still-stellar 23.00, and unlike Rondo, Nash is deadly shooting a midrange jumper off a pick-and-roll. Neither Parker, Nash nor Rondo are particularly good ball-stoppers on defense, which is why they're relegated to the discussion at No. 5 and not as one of the top four.

This shouldn't be taken as just another "trade Rondo" story claiming the soon-to-be 26-year-old isn't worth all the headaches. Rondo affects the game in so many ways. He reads passing lanes on defense like few players since Allen Iverson. He creates shots on offense almost no other ballhandler would recognize. When he wants to, he can shut down an opposing backcourt scorer — when he wants to. This won't do much to stem the defiant comments you're already cracking your knuckles to write, but these facts are pretty widely agreed to among those in the game.

Every player has his own pluses and minuses: shooting, penetrating, finishing, defending (on every possession) or serving as a leader. What Rondo does better than other elite point guards cannot overshadow the things they do so much better. If Springfield is indeed ready to extend a Hall of Fame invitation to a player with career averages of 10.9 points and 7.7 assists, then there are about a dozen retired point guards who will wonder when their plaques will be forthcoming. 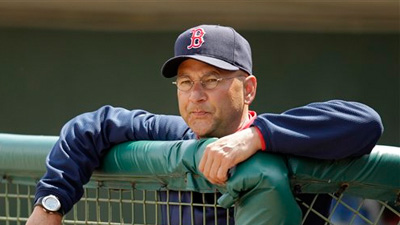 Should the Bruins Make a Big Move at the Trade Deadline?