DENVER (AP) The big deal is done. Peyton Manning is a Denver Bronco.

A person familiar with negotiations says that Manning and the Broncos completed his five-year contract worth about $96 million on Tuesday morning.

The person spoke on condition of anonymity because Manning is to be introduced at a news conference at Broncos headquarters later.

The agreement ends a wild chase for perhaps the most valued free agent in the history of the NFL, a quarterback who has won an unprecedented four league MVP awards and took the Indianapolis Colts to a Super Bowl victory in 2007.

It also represents a huge coup for Broncos executive and Hall of Fame QB John Elway, and could spell the end of young quarterback Tim Tebow's career in Denver.

ESPN and the NFL Network first reported on the completion of the Manning deal. 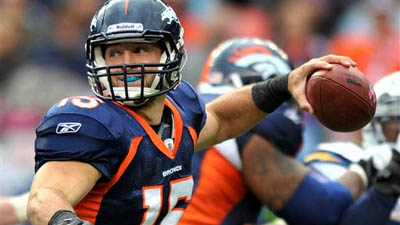