Tattooing a team’s logo onto your body brings your fandom to another level. One Patriots fan decided that wasn’t enough, though, and threw an unconventional spin on his team ink.

The passionate Pats fan didn’t stop with a logo. Instead, he tattooed an entire Patriots scene on his arm, and that scene involved Legos.

The ink shows what appears to be Tom Brady, Tedy Bruschi, Wes Welker and Bill Belichick in Lego form with Gillette Stadium standing in the background.

Is the tattoo a little bit nuts? Yup. But it’s also downright awesome.

Check out the Patriots Lego tat in the video and photo below, with a hat tip to Sweater Punch for pointing it out. The tattoo was reportedly designed by artist Stefano Alcantara. 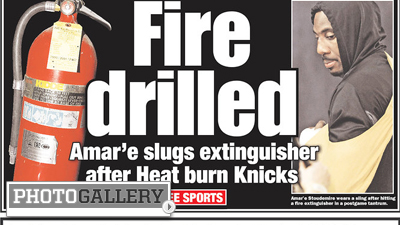