Derek Jeter has had his fair share of girlfriends, and they all have one thing in common: They’re all pretty smokin’.

Jeter’s latest rumored lady friend is no different. The Yankees shortstop was recently spotted with Ralph Lauren model Hannah Davis, according to the New York Post.

The new couple was reportedly seen taking in a performance by singer and model Jenny Bapst and DJing by Nima Yamini and Whoo Kid on Monday night. One source told the New York Post that they are “an item on the quiet.”

Davis, who is just 22, is much younger than the 38-year-old Jeter, but really, are you surprised that she’s still interested in the guy? Jeter has been linked to the likes of Minka Kelly, Mariah Carey, Jordana Brewster, Vanessa Minnillo and Jessica Biel in the past, so it’s hard to imagine him taking much of a step backward, regardless of whether or not he’s getting up there in age.

Davis, in addition to her work with Ralph Lauren, has modeled for Victoria’s Secret and Tommy Hilfiger. She and Jeter have reportedly been seeing each other casually for several months.

We’ll see if this relationship lasts, or if Mr. Jeter is just in the midst of another one of his flings.

Click her to see photos of the beautiful Hannah Davis >> 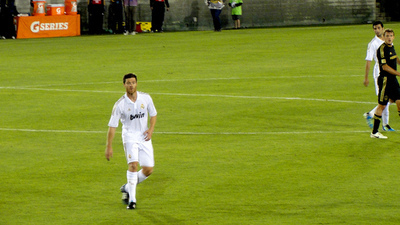