Cruz, a featherweight boxer who represented Puerto Rico at the Olympics in 2000, announced that he's gay, which is something that is still a rarity in sports, especially boxing.

Cruz is believed to be the first professional boxer to come out as openly homosexual while still competing, according to The Associated Press, and he seems to understand how big the news is for the sports world.

"I developed physically and mentally to take such a big step in my life and in my profession, which is boxing, knowing that it would have pros and cons, highs and lows in this sport that is so macho," Cruz told The Associated Press. "I kept this hidden for many, many years."

Cruz, who is listed as the WBO's No. 4 ranked featherweight boxer, is slated to take on Jorge Pazos for the WBO Latino title on Oct. 19. The 31-year-old said that he decided to come out because he no longer wanted to hide his true identity.

"I don't want to hide any of my identities," Cruz told ESPN.com. "I want people to look at me for the human being that I am. I am a professional sportsman that always brings his best to the ring. I want for people to continue to see me for my boxing skills, my character, my sportsmanship. But I also want kids who suffer from bullying to know that you can be whoever you want to be in life, including a professional boxer, that anything is possible and that who you are or whom you love should not be impediment to achieving anything in life.

Cruz was quick to note that he has the full support of his family, trainer and manager, but he is prepared for whatever opinions are thrown his way.

"I've been fighting for more than 24 years and as I continue my ascendant career, I want to be true to myself," he said. "I have always been and always will be a proud gay man." 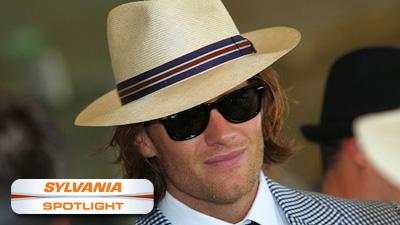 Does Michael Vick Actually Own a Dog?