Game over, Celtics win 96-78: The Celtics needed this one.

A month into the season, the Celtics had rarely registered that easy, decisive win over an outmatched opponent at home. That was what they got Friday, when Kevin Garnett and Paul Pierce were both able to watch much of the second half from the bench as the Celtics’ role players cruised to victory over the hapless Blazers.

LaMarcus Aldridge was immense for Portland, scoring a game-high 23 points with eight rebounds, but his teammates did not contribute much of value. Jeff Green was Boston’s leading scorer with 19 points, but even his night was relatively brief. Rookie Kris Joseph, freshly called up from the D-League helped the Celtics close out the win.

The Celtics will be well-rested for their trip to Milwaukee for the second leg of their back-to-back on Saturday.

Fourth quarter, 5:32, Celtics 87-64: Possibly because Rondo is such a great ballhandler, Lee seems reluctant to put the ball on the floor when the All-Star point guard is playing. With Rondo serving his suspension in this game, Lee showed off an ability to get to the rim quickly and finish creatively with an array of double-pumps and floaters high off the glass.

The Blazers may have all but thrown the in the towel, or maybe Stotts was just finding out if his deep bench could do any better than his bench rotation. Joel Freeland, Meyers Leonard, Luke Babbit and Nolan Smith joined Barton on the floor of a veritable All-Star squad of nobodies.

Fourth quarter, 8:59, Celtics 83-62: Any thoughts the Blazers might have had of a stirring comeback were all but wiped away quickly by Green and Barbosa. After Will Barton scored his second basket of the quarter — yes, Barton scored two buckets in the first two minutes of the fourth — Barbosa drained a corner three, followed by Green hitting one from almost the exact spot.

Stotts could not signal for a timeout quickly enough, but the Portland coach was being incredibly optimistic if he thought his young team could make up a 21-point deficit in nine minutes.

End of third quarter, Celtics lead 75-59: Things were getting interesting at the Garden heading into the fourth!

OK, no they weren’t.

Still, Portland finally showed up in the third quarter. The Blazers outscored the Celtics 26-19 in the frame thanks to more strong play by Aldridge, who was up to 23 points for the game. Lillard also showed the flashes that have made him the talk of the league, scoring six points and handing out three assists while playing all except two seconds in the quarter.

All of that hard work had the effect of pulling Portland within 16 points. Do not tune out quite yet, though. The Celtics have lost large leads like this before. Garnett appears ready to start the fourth quarter to try to put this one away.

Third quarter, 2:39, Celtics 73-49: The Blazers were up to five assists as a team. That really sort of sums up everything for them in this game. They do not move the ball, and when they do, they don’t hit shots, so it’s sort of hard to get assists.

Third quarter, 5:54, Celtics 69-45: This Terry-Lee backcourt thing could work out for the Celtics, as long as they play a team like the Blazers every game.

Boston’s makeshift starting backcourt had 21 points, seven rebounds, five assists and two steals midway through the third quarter and had a pivotal role in helping Boston build its sizable lead.

Aldridge continued to go to work in the high and low post, but the rest of his team continued to not do much of anything.

Halftime, Celtics lead 56-33: The Blazers have done a lot of losing to sub-.500 teams, so it was nice to set themselves up to lose to a team with a winning record for once.

Fresh off losses to the Pistons and Wizards and their combined 6-23 records, the Blazers shot 23 percent from the field in the first half and managed to record only two assists — a stat that was matched by five individual Boston players. Almost a third of Portland’s offense came from the free throw line, where they were 19 of 27.

Jeff Green led the Celtics with 14 first-half points, three behind LaMarcus Aldridge’s game-high 17 points. Portland players not named “LaMarcus Aldridge” shot 2 for 19 in the first half.

Second quarter, 2:51, Celtics 46-27: It was one thing for the Celtics to torch Portland’s bench, but when Boston’s reserves kept it up against the Blazers’ best players, that was something else.

Sullinger, Wilcox and Green joined Terry and Pierce in continuing to make the Blazers’ lives miserable on a Friday night. Portland did manage to get a basket from Aldridge and a pair of free throws by J.J. Hickson, who has been very active, but Portland’s offense has gone mostly in fits and starts.

Second quarter, 5:50, Celtics 39-22: LaMarcus Aldridge has gotten into trouble by settling for outside jump shots far too often this season, and early in this game it had been a mixed bag. But LA showed no fear in taking Jared Sullinger into the post, and he even left Garnett in his dust with a spin move into a two-handed dunk.

Even so, the Blazers were not able to make a dent in Boston’s lead, which grew to a a game-high 17 points after Terry drained a 3-pointer and Garnett dished to Sullinger for a cutting layup.

How bad is it? It’s so bad, it made Jeff Green look an All-Star for a minute.

Green hung up in the air for what seemed like an extra second to send home a double-pump dunk over Sasha Pavlovic, then burnt Jared Jeffries to the cup for a layup high off the glass. Blazers coach Terry Stotts said prior to the game that his bench was giving him everything he needed from them, so we assume he needs them to give him huge deficits.

End of first quarter, Celtics lead 25-18: Rivers said he did not want to use Chris Wilcox, who has been feeling ill, unless it was absolutely necessary. After Collins picked up his third foul in less than six minutes, Rivers finally had to give in and stick Wilcox in the game for the final minute.

Lillard has struggled over the last three games, and his shot in particular has escaped him. He continued to have trouble finding the bottom of the net in the first quarter, when he shot 1-for-4 and took a seat for the final four minutes of the frame.

First quarter, 2:42, Celtics 21-14: Even with Rondo sidelined, the Celtics distributed the scoring evenly among the active players. Six players had scored and four players shared the team high with four points each. Lee was particularly active, bringing up the ball after defensive stops and also showing off his hops for a tip-in for Boston’s first offensive board of the night.

First quarter, 8:37, Celtics 9-2: The Blazers might have been still feeling the after-effects of their loss to the Wizards. Almost five minutes into the action they still had not scored a field goal, while the Celtics had already gotten some contributions from secondary sources like Brandon Bass and Lee.

Bass knocked down two jump shots early on and Lee dashed downcourt on the break to find Kevin Garnett for an open layup. Aside from two free throws, Portland had been held scoreless and looked every bit like a team that came to Boston with a three-game losing streak.

7:12 p.m.: Courtney Lee might want to lace up his Nikes extra tight for this one. The 6-foot-5 combo guard will get the bulk of the responsibility guarding Damian Lillard, the Blazers’ rookie point guard dynamo, as Rajon Rondo serves the first game of his two-game suspension.

“I’m going to put Courtney on him a lot and go from there,” Celtics coach Doc Rivers said.

Lee will get his sixth start of the season in Boston’s shifting starting lineup. The Celtics may not have filled out the frontcourt to everyone’s liking, but they are looking smart for building a deep backcourt.

8 a.m. ET: In all likelihood, no team wants to get back on the court more than the Portland Trail Blazers.

The Blazers became the first team to fall to the Washington Wizards this season when they dropped an 84-82 decision to Nene and company on Wednesday. Once a regular playoff participant, the Blazers missed out on the postseason last year and are off to a disappointing start thus far with a 6-9 record.

Even Damian Lillard, the rookie point guard who is the early favorite for the Rookie of the Year award, has faltered lately. The Weber State product has shot 16-for-41 from the field in his last three games, all Portland losses. Meanwhile, Portland’s steady power forward LaMarcus Aldridge has been up and down all season. He is shooting a career-low 43.9 percent from the floor and has committed 16 fouls in his last three games. He missed a game earlier this week with a sore back.

With all that going on, the Blazers should be ripe for the Celtics’ picking. Boston has its own issues, though, with point guard Rajon Rondo serving the first game of a two-game ban for instigating an altercation with Kris Humphries on Wednesday. 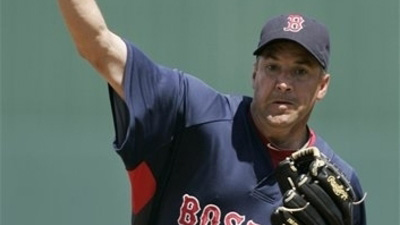 David Beckham’s Replacement Could Be Real Madrid Star Kaka, According to Galaxy President