Final, Clippers 106-77: If you are still here, good for you. It became obvious sometime around the middle of the first quarter that this one was not going to be pretty for the Celtics.

Matt Barnes scored 21 points, Lamar Odom had 13 rebounds and Chris Paul had 11 assists as the Clippers (23-6) trounced the Celtics (14-14) while extending their win streak to 15 games. Kevin Garnett led Boston with 16 points as five Celtics players scored in double figures, but do not waste much time trying to find reasons to be optimistic for them in this game. The search will be in vain.

The Celtics shot just 39 percent from the field, committed 18 turnovers and were blocked seven times by an absurdly deep Clippers attack. Los Angeles’ bench outscored Boston’s starters 53-48. The Celtics have now lost five of their last seven games and fell to 5-9 on the road, where they play their next two games.

Fourth quarter, 2:04, Clippers 105-73: A correction is due on the earlier statement about this being Varnado’s debut. It slipped my mind that he actually played one minute against the Nets on Tuesday. I would apologize for the error, but if vigilantly monitoring the minutes of a D-League signee is where we are as a Celtics-watching culture, we truly have fallen.

Fourth quarter, 5:49, Clippers 96-71: Anybody wondering when Jarvis Varnado would make his NBA debut has gotten their answer. It’s safe to say this is not the answer the Celtics preferred.

Varnado, who was signed from the D-League earlier this week, and rookie Kris Joseph made appearances off the bench as garbage time began early for the Celtics. Garnett and Pierce appear to be done for the night, with Rondo possibly taking a permanent seat as well.

Meanwhile, Barnes and Crawford, who have combined for 35 points so far, are still on the floor leading the Clippers’ bench.

Fourth quarter, 9:48, Clippers 90-67: The Celtics were off on Wednesday, and do not play again until Saturday, so there really is no pressing reason to rest their starters. Then again, Rivers may want to start thinking about it. Nothing more good can come of this game, barring an unexpected turnaround.

Apart from Garnett, who has 16 points, almost nobody in a green jersey looks sharp. Rondo has been outclassed at the point by Paul, who is piling up assists at 11 and counting.

End of third quarter, Clippers 82-67: Caron Butler’s been in the doghouse a bit, not because he has done anything particularly wrong but because Barnes has played so well and Lamar Odom has been better of late. But he looks determined to defend his spot in the rotation in this game. Butler has 14 points and three assists heading into the final quarter. On defense, he has also helped limit Pierce to just 5-for-13 shooting with three turnovers.

Third quarter, 2:37, Clippers 78-57: Well now. This might be the embarrassment the Celtics were hoping to avoid.

With a flagrant foul on Sullinger as one of the lone moments of intrigue, the Celtics saw their deficit balloon to 21 points. Griffin, who has the infuriating habit of using his off-hand as an arm-bar against the defender when he tries to dunk, and then drawing a foul because of it, seemed incredulous at the contact on that play and several others. That arm-bar is a dirty part of Griffin’s repertoire that has to go.

Third quarter, 5:28, Clippers 71-57: Pierce, Garnett and Rondo are doing their darndest to keep this game from getting completely embarrassing. Give them credit, so far they have succeeded at that much. The Celtics might not be able to get back into this one, but a couple of stepback jumpers by Pierce helped keep things from getting out of hand.

Rondo and Garnett also hooked up on a play that showed the Clips still have a lot to learn. After Jordan was whistled for an offensive foul, he took his gripe to the officials while Garnett, noticing Jordan’s inattentiveness, snuck behind the defense. Rondo tossed the ball ahead for a dunk.

The Celtics may be down, but Garnett has not stopped showing some semblance of pride.

Third quarter, 10:23, Clippers 65-49: This one could be headed to an early end. Well, “early” might be relative, since it is past midnight back on the East Coast. Anyway, Celtics coach Doc Rivers sensed the danger after the Clips opened the second half on a 5-2 run and called a quick timeout.

Halftime, Clippers 60-47: The referees might be trying a little too hard to keep control. The final minute brought a charade of trips to the foul line, without any time running off the clock.

It all started with Griffin flopping his way to a holding foul on Jared Sullinger, after Terry had drained his second triple of the game. It continued with Garnett drawing a cheap foul while grappling with Jordan for position on Griffin’s second free throw. It was all very ridiculous.

All of that was secondary, though, to the reality that the Clippers simply are a much better team than the Celtics at the moment. Griffin has 14 points on 6-for-8 shooting to lead three Clippers in double figures and six players with at least five points. The Clips are shooting 54 percent from the field and have committed only three turnovers to Boston’s nine.

Garnett and Terry dropped 10 points apiece to pace the Celtics, while Paul Pierce was incredibly quiet with just six points, though he did have three assists.

Still, the Clippers are not without some weaknesses. They went almost three full minutes without scoring late in the second quarter after building a double-digit lead, and a better team than the Celtics — of which there are many right now — would have wiped out that deficit in a hurry. The Clips are really, really good, but we’re with Charles Barkley: The Thunder and Spurs are still a safer bet come playoff time, and the Grizzlies should not be excluded from the conversation either.

Second quarter, 4:51, Clippers 50-40: The Clippers are really good, but they are trying to cover Garnett with Ronny Turiaf. Hey, nobody’s perfect.

Despite that obvious mismatch, which led to three buckets off of expert shots by Garnett, the Clips were able to maintain their double-digit lead. Matt Barnes, who has been great for the Clippers, going wild from beyond the arc with three 3-pointers did not hurt L.A.’s cause.

Second quarter, 7:54, Clippers 40-32: The problem for any team facing the Clippers right now is that they have to be beyond perfect. The Celtics played some perfect basketball for a few minutes, pulling within four points after forcing stops, pushing the ball and hitting good shots.

In a flash, though, the Clippers put together an 8-0 run as soon as the Celtics stopped playing flawlessly. Perfect basketball is hard enough to play in stretches. To play it constantly, which might be what it takes to beat the Clippers the way they are playing, is virtually impossible.

End of first quarter, Clippers, 30-20: The first 12 minutes were not filled with sunshine and gumdrops for the Celtics, but things certainly could have gone worse.

After falling behind by as many as 15 points, the Celtics mounted something that resembled a comeback to pull within 10 points at the end of the quarter. Garnett’s fadeaway jumper at the buzzer helped narrow the deficit to a respectable-looking margin.

Once again, Rondo and Garnett were involved in some extracurricular activity with the opposite side. After Rondo fell out of bounds, feeling he was pushed, he locked the ball underneath his legs to prevent Chris Paul from retrieving it and inbounding the ball quickly. Paul took offense, Rondo took offense, and of course Garnett had to get involved.

Few players employ gamesmanship bordering on dirtiness like Paul, Rondo and Garnett. Do not be surprised if things get chippy at some point.

First quarter, 2:59, Clippers 24-11: Blake Griffin is still a dunker first, second and probably fifth, but the rest of his offensive game is developing nicely. He added a nice, violent spin move to his post game last season, and he has flashed his step-back jump shot a couple of times early in this game.

Granted, Griffin’s jumper is still nowhere near as feared as his alley-oop-catching abilities, but each new wrinkle he adds to his game makes the 23-year-old forward a more dangerous offensive player.

First quarter, 8:55, Clippers 9-4: In the opening minutes, DeAndre Jordan shows the gamut of abilities and weaknesses he brings to the court. He rejected Kevin Garnett, then drew an and-one layup on Garnett before clanking the ensuing free throw.

9:35 p.m.: Avery Bradley is still a few days away from returning, but the Celtics will get at least one guard back, sort of, on Friday. Leandro Barbosa, who has been away from the team since Dec. 19 due to personal reasons, plans to return to Boston.

Barbosa announced his intentions in a tweet Thursday evening.

It remains to be seen when Barbosa will re-join the team, since the Celtics will be on their way to Oakland to take on the Golden State Warriors on Saturday. It is also unclear how much playing time Barbosa will receive once Bradley is able to suit up. The Celtics have targeted Jan. 2 as Bradley’s probable return date.

8 a.m. ET: The first and second guys atop the NBA’s assist leaderboard will meet up Thursday when Rajon Rondo and the Celtics face off against Chris Paul and the Clippers.

The Celtics (14-13) could not be meeting the Clippers (22-6) at a worse time. Coming off a Christmas Day win over the Brooklyn Nets, the Celtics have a smidgen of forward momentum after putt-putting through the first quarter of the season. Meanwhile, the Clippers have dominated en route to 14 straight wins. The fact that only four of those games came against teams in the playoff picture does not change the reality that the Clippers are playing very, very well.

This is the second game of a four-game road trip, which Paul Pierce said would need to garner a 4-0 or 3-1 record for him to consider it a success. A Celtics victory would give them their first winning streak since Dec. 12 and give L.A. its first loss since Nov. 26.

Join us for updates and analysis during the game, which tips off at 10:30 p.m. ET. 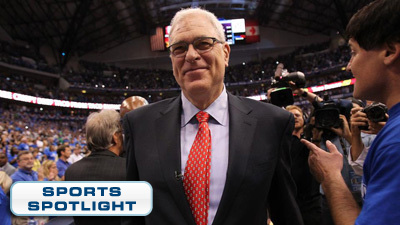 Lakers, Celtics Losses Show Risks of Reading Too Much Into Christmas Day Games