BOSTON — Doc Rivers seldom wears a tie for his pregame meeting with the media. Typically, the Celtics coach meets reporters with the top of his shirt unbuttoned to give his neck some more time to breathe before he gets to work for the night.

Rivers had little time to go casual on Saturday, though, as he spoke briefly before the game as part of a whirlwind day. In the middle of a back-to-back set against the Sixers, Rivers traveled to Milwaukee on Saturday morning to attend the funeral of Rick Majerus, who was an assistant coach at Marquette during Rivers’ college days, and arrived at the TD Garden about two hours before tip-off.

“It was just a long day, a tough day,” Rivers said solemnly. “Now we have a game. That’s how I look at it.”

Majerus is the man who gave Rivers his nickname when the then-Warriors guard showed up at practice wearing a “Dr. J” T-shirt. At Majerus’ funeral, most of the speakers focused on his huge heart and his passion for the game, which sometimes made him tough to deal with but never left any doubt how much he cared about the game or his players.

“Rick had a lot to do with why I’m here,” Rivers said. “I’ve been with Rick since I was in fifth grade for the most part, so I felt like I had to be there. It was important for me.”

After a long, successful tenure as an assistant under Al Maguire and Hank Raymonds, Majerus spent three seasons as the head coach at Marquette before he went on to coach in the NBA and also at Ball State, Utah and Saint Louis. He led the Utes to the 1998 National Championship game and intended to coach at USC, but he stepped down due to health concerns without ever coaching a game.

Majerus resurfaced at Saint Louis in 2007. The Billikens were a better fit because the Atlantic 10 Conference presented less stress than the Pac-10 and because he was closer to his beloved mother, Alyce, who lived in Milwaukee. He built the same sort of relationships with his players in Saint Louis as he had at his previous stops, and in an emotional news conference following the Billikens’ loss in the NCAA Tournament last spring, senior Brian Conklin broke down in tears talking about Majerus.

Rivers was one of a long list of noteworthy players whom Majerus helped groom, including Keith Van Horn and Andre Miller. Rivers was asked if he considered not coaching Saturday’s game and joked that he would “really piss off” Majerus by not coaching the game.

“I didn’t give that much thought,” Rivers said. “Life is involved in what we do every day. You deal with life and then you deal with your job, so I always try to separate it when you can. Sometimes you can’t.”

Watch Conklin talk about Majerus in the video below. 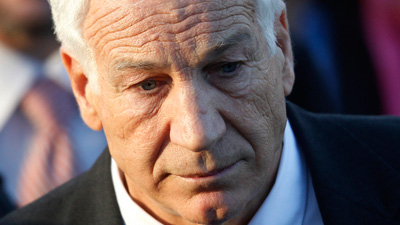