A few more bowl games are in the books, but the big fiesta doesn’t usually take place until New Year’s Day anyway.

There’s plenty to keep on the lookout for, especially in some of the bigger games with guys like Jarvis Jones, Manti Te’o and Geno Smith all set to take center stage in the next few days. This weekend won’t just be big in the college ranks, though, as the NFL will settle most of this draft order with the final results from the regular season sliding in by Monday morning.

There are some changes all over the board, especially with some teams rising and falling in the draft pecking order. Anyhow, before anything more changes this weekend, let’s take a peek at the newest edition of the NESN.com Mock Draft.

1. Kansas City Chiefs (2-13):
Jarvis Jones, OLB, Georgia
Even though outside linebackers usually aren’t a popular choice at (or even near) the top of the draft, Jones looks like the best player in this class. He’s an incredible pass rusher and the Chiefs rank near the bottom of the NFL with just 27 sacks on the year. Sounds like a match made in heaven.

2. Jacksonville Jaguars (2-13):
Star Lotulelei, DT, Utah
He’s no Geno Atkins on the rush, and he’s no Vince Wilfork against the run, but Lotulelei is a solid combination of both of those talents. The Jaguars are the worst team in the NFL on the pass rush, so with Lotulelei and recently acquired defensive end Jason Babin, maybe Jacksonville can get out of the sack cellar next season.

3. Oakland Raiders (4-11):
Bjoern Werner, DE, Florida State [Previous pick: Damontre Moore, DE, Texas A&M]
The Raiders are atrocious on defense, and Werner might be the best defensive end in this class — although Damontre Moore should be in that conversation. Add this beast in alongside Richard Seymour and maybe — just maybe — a solid defense can be reborn in Oakland.

4. Philadelphia Eagles (4-11):
Luke Joeckel, OT, Texas A&M
The Eagles haven’t been able to protect the quarterback at all this season, but Luke Joeckel could be all the help they need. Jason Peters should be back next season, and if you put him opposite Joeckel, then you may actually have a shot at protecting Nick Foles, who could be the quarterback of the future in Philly.

5. Detroit Lions (4-11):
Chance Warmack, G, Alabama [Previous pick: Dee Milliner, CB, Alabama]
The Lions have a franchise quarterback in Matthew Stafford and a record-setting receiver in Calvin Johnson. Now let’s get Stafford some protection to give him more time to get some of the team’s other receivers the ball, too.

6. Buffalo Bills (5-10):
Geno Smith, QB, West Virginia
This might seem like a reach, especially in a class with no true franchise quarterback, but the Bills need help. Ryan Fitzpatrick isn’t the answer (even with that big contract extension), and Smith should at least be a good starter in the league for years to come. Buffalo’s been so bad for so long, a reach is worth the risk at this point.

7. Cleveland Browns (5-10):
Damontre Moore, DE, Texas A&M [Previous pick: Chance Warmack, G, Alabama]
Need some pass rush? Jabaal Sheard could use some help off the edge and Moore could be just the guy to help the Browns pressure the quarterback. He’s a strong player and could be a steal at this point.

8. Tennessee Titans (5-10):
Manti Te’o, MLB, Notre Dame
The Titans are one of the worst defenses in the NFL in 2012, and if they don’t shore up their linebacking corps, they’re not likely to improve too much next season. With athletic second-round pick Akeem Ayers filling the role of edge rusher on the outside, Te’o would fit perfectly on the inside as a Jerod Mayo– or Luke Kuechly-type “Mike” linebacker.

9. Arizona Cardinals (5-10):
Matt Barkley, QB, USC
If you thought Smith was a reach, this might have you pulling some muscles. Arizona is in dire need of a new leader on offense, and Matt Barkley has the talent to be that guy.

10. San Diego Chargers (6-9):
Dee Milliner, CB, Alabama [Previous pick: Bjoern Werner, DE, Florida State]
The Chargers could use some help in coverage, and Quentin Jammer‘s getting up there in age — he’ll be 34 by next season. Dee Milliner seems like the perfect option to pair with Antoine Cason going forward.

12. New York Jets (6-9):
Jake Matthews, OT, Texas A&M
The Jets need help opposite D’Brickashaw Ferguson, and Jake Matthews might be the perfect fit. He has good hands and is strong in the running game, which will be key to turning things around in New York.

13. Carolina Panthers (6-9):
Taylor Lewan, OT, Michigan
Cam Newton is the Panthers’ franchise quarters, and they’d like to keep it that way. Now they need to focus on keeping him upright more often, seeing that he’s been sacked 35 times this year. Jordan Gross gives Carolina protection on one side of Newton, but the addition of Taylor Lewan would give the Panthers the pair of bookend tackles they so desire.

14. Pittsburgh Steelers (7-8):
Johnathan Hankins, DT, Ohio State [Previous pick: Jonathan Jenkins, DT, Georgia]
Johnathan Hankins is a big boy, and he’d be the perfect successor for Casey Hampton (turning 36 before next season) up the middle for the Steelers’ defense.

15. Miami Dolphins (7-8):
Barkevious Mingo, DE, LSU [Previous pick: Johnathan Hankins, DT, Ohio State]
They have Cameron Wake tearing it up on the outside, but they could use some more help opposite him. Barkevious Mingo is big and physical, plus he’s got the speed to get after the quarterback. The Dolphins are building a terrific defense, and Mingo would be a terrific addition.

16. New Orleans Saints (7-8):
Dion Jordan, DE, Oregon [Previous pick: Johnthan Banks, CB, Mississippi State]
The Saints need some help on defense, and Dion Jordan is as talented as they come. He would give Will Smith a solid pass rushing partner and offer the Saints’ secondary a little bit of relief.

17. St. Louis Rams (7-7-1):
Justin Hunter, WR, Tennesse
Sam Bradford made some strides in 2012, but he’ll need even more help if the Rams hope to make the playoffs next season. Justin Hunter would be a perfect addition to Jeff Fisher‘s offense, and would give Bradford the No. 1 receiver he’s always desired.

18. Dallas Cowboys (8-7):
Sylvester Williams, DT, North Carolina
Sylvester Williams has great speed, hands and strength up the middle. That would bode well for the middle of the Cowboys’ defense and should help Marcus Spears, Anthony Spencer and DeMarcus Ware coming off the edge, too.

19. New York Giants (8-7):
Kenny Vaccaro, S, Texas [Previous pick: Matt Elam, S, Florida]
The Giants could use some help in the secondary, which is right where Kenny Vaccaro fits in. He’s the best safety in this class and offers some good coverage skills that should help shore things up for Corey Webster and Prince Amukamara.

20. Chicago Bears (9-6)
Eric Fisher, OT, Central Michigan
Jay Cutler needs protection, and badly. Luckily, what they would get in Eric Fisher is the epitome of a great pass protector. He’s big, strong and physical and should help keep Cutler upright more often, which Chicago could definitely benefit from.

21. Cincinnati Bengals (9-6):
Anthony Barr, OLB, UCLA [Previous pick: Tavon Austin, WR, West Virginia]
Anthony Barr is big, long and quick. He would give the Bengals a good replacement for Manny Lawson on the outside, and offers pass rushing ability that Cincy could use alongside Michael Johnson and Geno Atkins.

22. St. Louis Rams [via Washington Redskins (9-6)]:
Jonathan Cooper, OG, North Carolina
Jonathan Cooper should help out alongside Rodger Saffold in securing Bradford in the pocket. With some good blocking up front, maybe we can finally see the type of quarterback Bradford can actually be at the pro level.

23. Minnesota Vikings (9-6):
Terrance Williams, WR, Baylor
He’s 6-foot-2 with great hands and should make a solid target for Christian Ponder to throw at. Pair him with Percy Harvin on the outside, and you could finally be looking at some legitimate talent on the outside for the Vikings.

25. Baltimore Ravens (10-5):
Alec Ogletree, MLB, Georgia [Previous pick: Sean Montgomery, DE, LSU]
The Ravens need a successor to Ray Lewis up the middle, and Alec Ogletree could use a year or two learning from the best. He has great size, 6-foot-3 and 240 pounds, and runs with the speed of a defensive back. If he figures out how to harness that athleticism, Ogletree may even be a better pro than Te’o.

26. Seattle Seahawks (10-5):
Tavon Austin, WR, West Virginia [Previous pick: Tyler Eifert, TE, Notre Dame]
The Seahawks have some big play receivers in Golden Tate and Sidney Rice, but they could use a reliable option over the middle. Tavon Austin has the skills necessary to be a solid slot receiver, and he has great ability on special teams, which could pay off once Leon Washington is done in Seattle.

27. San Francisco 49ers (10-4-1):
Shariff Floyd, DT, Florida [Previous pick: Kenny Vaccaro, S, Texas]
Isaac Sopoaga and Justin Smith, both already in their 30s, aren’t getting any younger. Floyd is a big, strong lineman, who was great against the run in the NFL-like SEC over the past few seasons. He’s a serviceable pass rusher and could help open even more sacks up for Aldon Smith.

28. Green Bay Packers (11-4):
Corey Lemonier, DE, Auburn [Previous pick: Alec Ogletree, MLB, Georgia]
The Packers need help on the outside alongside B.J. Raji, and Corey Lemonier would be just the guy for the job. He’s not a sack monster like some of the other ends ahead of him, but he plays the run and pass very well and is incredibly difficult to block given his size. Stick Clay Matthews outside of him and you’ll see double-digit sacks for years to come.

29. New England Patriots (11-4):
Keenan Allen, WR, California
The Patriots have had trouble sustaining a solid wide receiving corps this year, as veterans like Deion Branch and Donte’ Stallworth fell victim to injury in their older age. Keenan Allen is a tall, strong receiver at 6-foot-3 and 200 pounds, and he has the speed to make big plays downfield.

30. Denver Broncos (12-3):
Kwann Short, DT, Purdue
The Broncos need some help inside on defense, and Kwann Short could be the perfect solution. He was pretty inconsistent at Purdue, but when he was on he could be as disruptive as anyone at the collegiate level.

31. Houston Texans (12-3):
Cordarrelle Patterson, WR, Tennessee [Previous pick: Robert Woods, WR, USC]
Matt Schaub‘s not going to be playing like this forever (he is 31, you know), but why not give him some help while he’s still got a few years left? Andre Johnson on one side and Cordarrelle Patterson on the other would make for a terrific receiving duo.

32. Atlanta Falcons (13-2):
Zach Ertz, TE, Stanford
The Falcons need a replacement for Tony Gonzalez, who has already openly said this will be his last season. Zach Ertz is a smart player and a good route runner. He isn’t the same sort of elite-level pass catcher as Gonzalez — then again who is? — but he does have a lot of talent that Matt Ryan could certainly unlock. 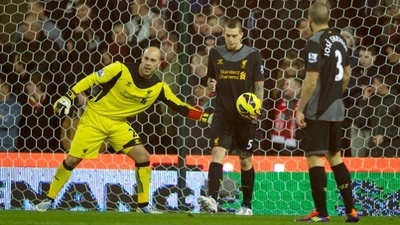 David Beckham in ‘No Hurry’ to Decide Next Move, Will Choose New Team From Numerous Offers