It’s been 11 years since the New England Patriots toppled the St. Louis Rams in Super Bowl XXXVI, and Marshall Faulk still can’t give credit where it’s due.

Faulk said New England knew how to defend plays St. Louis had not run all season because the Patriots had illegally videotaped the Rams’ walkthrough prior to the game.

“Am I over the loss? Yeah, I’m over the loss,” Faulk told Comcast Sports Net. “But I’ll never be over being cheated out of the Super Bowl. That’s a different story. … Obviously, the commissioner gets to handle things how he wants to handle them, but if they wanted us to shut up about what happened, show us the tapes. Don’t burn ’em.”

During the Spygate scandal, the Patriots turned over tapes from 2006 regular-season games and 2007 preseason games that showed opposing team’s defensive signals. The league destroyed the tapes because they “were totally consistent with what the team told me,” commissioner Roger Goodell said in 2008.

There is no evidence that the Patriots taped the Rams’ walkthrough in February 2002, although a report in 2008 accused them of such. The league denied that report months later. That doesn’t change Faulk’s mind, though.

“I know, in that game, in the red zone, the plays we ran, most of them we hadn’t ran most of those plays that year,” Faulk said. “And a couple of plays on third down that we walked through also. … Any time that I was offset, I was always stationary. And we had creating motioning in the backfield at the same depth on the other side of the field. And they created a check for it. It’s just little things like that. It’s either the best coaching in the world when you come up with situations that you had never seen before. Or you’d seen it and knew what to do.”

Faulk began the conversation with CSNNE’s Tom Curran by saying all the memories of him playing in the Super Bowl were good ones. That was before the subject of Super Bowl XXXVI was brought up, however. 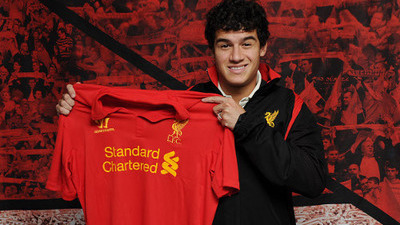 Report: Manti Te’o Delayed Telling About Hoax Because He Was Trying to Secure Marketing Deals