The NHL sounds like it’s ready to add even more outdoor games, and the Bruins are reportedly looking to get in on the action.

TheFourthPeriod.com reported earlier this week that the NHL is looking to hold as many as four outdoor games in 2014, starting with the Winter Classic on Jan. 1 between Detroit and Toronto. The report also indicated that outdoor games could be hosted at Yankee Stadium and Dodger Stadium, as well as another Heritage Classic, likely in Vancouver or Edmonton.

CSNNE.com also reported Monday that the Bruins are interested in participating in another outdoor game after playing in the 2010 Winter Classic at Fenway Park. According to the report, the B’s would like to host another outdoor game, with the next one likely taking place at Gillette Stadium.

Bruins president Cam Neely didn’t necessarily confirm that, but he did say in a radio appearance Tuesday on 98.5 The Sports Hub that he and the Bruins would be all for playing a game in Foxboro.

“I’ve read what you read,” Neely said on The Felger and Massarotti Show. “I’ve heard about that. We would certainly love the opportunity. … The opportunities that we could do as an organization at a different venue, especially with more space outside of the venue to do some youth hockey things, would be exciting to try.”

Logistically speaking, a game at Gillette would make much more sense in terms of space, as the home of the Patriots and Revolution obviously has much, much more room outside of the stadium than Fenway does. Not only that, it would also allow for more tickets to be sold and would offer better sight lines for fans in attendance. 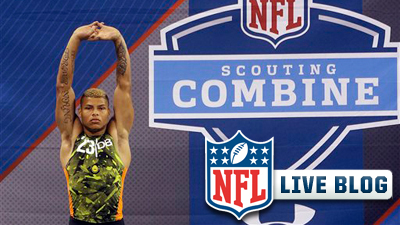