BOSTON — The red-flaggers had just about raised the white flag. The back issues that caused Jared Sullinger to drop out of the lottery in last year’s NBA draft were nearly forgotten, with Celtics coach Doc Rivers regularly joking about the diagnosis that Sullinger would struggle with back problems throughout his career.  The anonymous scouts who believed Sullinger lacked the durability to be a longtime NBA player were beating a hasty retreat.

That was the face the Celtics put on in public. Privately, Rivers and Danny Ainge admitted Friday, they knew that the rookie out of Ohio State eventually would need lumbar disc surgery. Sullinger started to feel discomfort in his back about 10 days ago, they said, and it gradually grew until he had to leave Wednesday’s game. As shocked as almost everyone else was when Sullinger underwent that procedure on Friday, ending his season, the only thing that surprised the coach and the team president of basketball operations was the timing.

“We’re very happy to have drafted him,” Rivers said. “We felt that this would happen at some point, but we just thought it’d be during the summer, where we would just say, it’s time to do it. They had the choice a year or two ago to do this, and it just happened now.”

As though calls for the Celtics to dismantle the roster were not already loud enough, their second major injury in the span of a week added more fuel to the misguided troops who believe dealing away every tradeable asset is the Celtics’ best course. Yet even before the Celtics went out and blew away the moribund Magic, they put on brave faces about how they plan to proceed without Sullinger and Rajon Rondo, who suffered a torn anterior cruciate ligament in his right knee and will miss the remainder of the season.

“He was our best rebounder, but we don’t have to play that way,” Ainge said. “We played without Jared the last game and I thought our team looked great. In the second half of the Miami game, we played smaller ball and were able to win. Against New York, they’re a small-ball team, and we played well against them — and had a win in New York. We’re going to have to win in a different way without Jared and without Rajon, but we’ll see what we have.”

Without getting too far ahead of ourselves — the Celtics’ last two victories were against teams with 31-62 combined records, after all — the Celtics have shown that there is more than one way to play, as Ainge alluded. Since “blowing it up” is probably not a realistic option, the Celtics have little choice but to keep playing. One alternative is to tank, which two of the Celtics’ leaders indirectly shot down.

“We have a job to do, still,” Paul Pierce said. “We can’t look at it and say, it’s time to stop playing. All of us have responsibilities as NBA players to show up and play as hard as we can in practice and in the games, and try to win as many games as possible. The goal still hasn’t changed. We’ve just got to keep guys in line with what we’re trying to accomplish around here. Don’t stray off. Don’t use the injuries as an excuse, and continue to move on.”

Kevin Garnett, as he is wont to do, expressed a similar opinion in much blunter, more colorful language.

“Doc made his [inaccurate] comments about us being soft and [stuff], but we’re a team that will fight,” Garnett said. “We’re very competitive and very prideful.”

Ainge, Rivers and the rest of the players are in a tough position. They want to be sensitive to their teammates’ plights, but they also need to remember that their own seasons are not over. Jeff Green was in the opposite position a year ago, hearing his fellow players tell him to hurry back while telling reporters that they have to move on without him.

“It’s tough to hear,” Green said. “Obviously, we wish it was just back spasms that you can come back from in a week or two, or a strained hamstring or anything like that, but those guys are warriors. I know they’re going to come back better than before, so we’ve just got to be there for them. We’ve got to continue to make them proud, continue to play hard and continue to play together.”

The relevant question is how they do that. The last two games, which the Celtics played entirely without Rondo and almost entirely without Sullinger, offered a few hints. Pierce, for one, will be counted on to assume whichever role his team needs most on a given night, whether as a distributor, rebounder or pure scorer. Green will spend more time at power forward with units that will look to run at all costs. A few new sets have been added to spread the floor and create driving lanes for Green, Courtney Lee and Leandro Barbosa. Brandon Bass has done more dirty work in addition to rediscovering his shooting touch.

Rest assured, moves are coming in the weeks ahead. With two open roster spots even before Rondo and Sullinger’s injuries, the Celtics plan to add players, just not necessarily the big-name guys some fans might pine for. For now, this is the team. Most of the tinkering will happen on the white board or on the practice court before it happens with the roster. 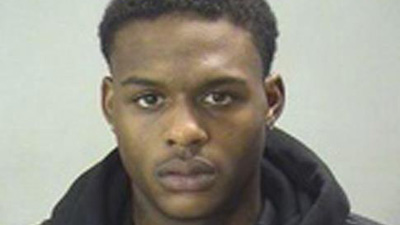 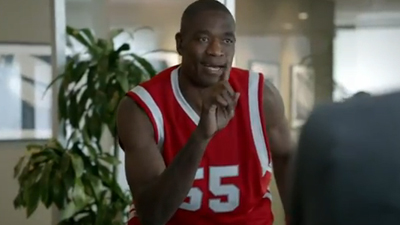