Rajon Rondo has a lot of free time these days. While he waits for the torn ACL in his right knee to heal, the Celtics point guard is chasing his second love: demolishing kids at board games.

Rondo is a maniacal Connect Four player, according to a profile by Lee Jenkins in this week’s Sports Illustrated, as an unfortunate child in Dorchester, Mass., discovered. The story relays an account of Rondo meeting up with some kids at the Blue Hill Boys & Girls Club and taking on all comers in his favorite board game. One young competitor named Olissa, 12, pulled the ultimate no-no and actually beat Rondo at his own game.

Rondo did not take it well.

“I can’t believe it,” Rondo told Jenkins. “But did you notice I played the guy five more times and won them all? I had to show him, ‘You beat me, I’ll beat the [expletive] out of you.'”

Read excerpts in the link above or, if you are a Sports Illustrated subscriber, read the full article. 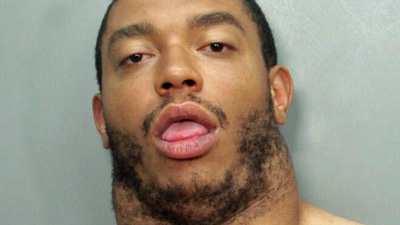 Desmond Bryant Has Greatest Mug Shot of All Time (Photo)