Sending a child away to college is never an easy experience for parents, but the mother of four-star running back Alex Collins is taking that separation anxiety to a new level.

Collins verbally committed to Arkansas on Monday, but was unable to make that commitment official on Tuesday’s national signing day after his mother, Andrea McDonald, refused to sign Collins’ letter of intent. McDonald was reportedly angry with her son’s choice to play college ball out of state, instead preferring him to commit to the nearby University of Miami.

“I would prefer him to go to Miami, too, because it would be a better program for him, a better environment,” Johnny Collins, Alex’s father, told ESPN.com. “He could get home faster and it’s more convenient if Mom wants to go to a game — instead of having to fly to Arkansas.”

According to NCAA rules, all prospective college athletes under the age of 21 must receive written consent from a parent or guardian before signing a legally binding letter of intent. Until the running back, who is ranked No. 7 at his position by ESPN.com, receives consent from his mother, new Razorbacks coach Bert Bielema is not allowed to have contact with or comment on him.

Collins rushed for 1,276 yards and 14 touchdowns during his senior season at South Plantation High School, which is located about 45 minutes from Miami’s main campus in Coral Gables.

Alabama recruit Reuben Foster channeling his soon-to-be coach before signing his letter of intent to play for the Crimson Tide. “I?m good though. I?m telling y?all that because y?all are my boys. Ray Rice has no injuries. I fell off the float, but I?m good.”
–Ray Rice, who had a little too much fun during the Ravens’ Super Bowl parade

Nothing says “big-time college football” quite like the Twilight series.

Kevin Garnett, Paul Pierce Continue to Show Why They Are Stars By Giving Celtics What Team Needs 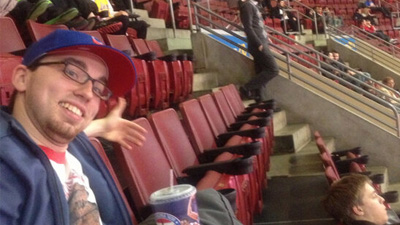