Professional soccer is on the cusp of an analytics revolution, and the local Major League Soccer team is striving to stay at the forefront of it.

The New England Revolution have embraced data analysis, hoping to gain an edge on the competition by extracting value from troves of information that comes their way.

At the recent MIT Sloan Sports Analytics Conference, Revolution president Brian Bilello said the Revs are one of the early adopters of analytics among the 19 MLS teams.

“I’m quite certain we’re among the leaders in MLS right now in terms of analytics,” Bilello said. “From my knowledge there’s somewhere around four teams total that actually have full-time analysts dedicated to the team side, or one of those teams. We’ve been at it now for a year and a half, and we’ve learned a lot. We’ve used it to make some decisions, we find it really, really helpful, so it’s something we’re trying to be aggressive about.”

Analytics impact each sport differently. While baseball managers and executives have been “playing the percentages” for generations, their soccer counterparts, particularly in countries that are traditional powers, have been either reluctant to embrace analytics or shunned them altogether. Some say that is bound to change, as one panelist at the conference noted how there was almost no soccer data ten years ago, but there is a deluge of it today.

Since no blueprint for how to best use analytics in soccer exists, the Revs have approached the uncharted territory with open minds. Bilello says numbers themselves won’t have magical results on the soccer field, so the Revs have taken the sensible route and decided to use data to enhance their existing decision-making processes.

“It’s really been a supportive tool for us, not a make-or-break tool in the way that we’re trying to use it,” Bilello said. “Over time, if you have a system in place and you’re using that system, it will work over time. Just because one player one year doesn’t work out … at this conference you’ll hear about ‘trusting your process’ and knowing that the results will come over time, versus having a silver bullet.”

“I think you need to have a process that you believe in that’s backed by data that really helps you with those decisions, and then you have to make the right qualitative decisions in that context. That’s why you rely on your scouting, your coaches, your GMs and your technical staff.

Scouting is one area where the Revs are already benefiting from the use of analytics. The tools at their disposal allow them to cast a wider net than before when searching for reinforcements. Rather than relying on individual scouts to identify targets, Revs analysts can create short-lists of players and hand them off to scouts. The team is slowly adopting its own way of thinking and talking about soccer analytics.

“We try and do a lot of what I call ‘descriptive analytics,'” Bilello continued. “We describe what type of player they are so that the coaching staff can then evaluate. They can look at it and say ‘which kind of player do we want? Here’s a list of players that do this well or do that well.’ But the great thing of having analytics is you can scout entire leagues at once.

“So if you’re looking statistically at certain things, you can scout a million players at once and say here are the ones that are interesting statistically, and then the coaches can then take that filter and look for other things. So they’re doing their own process, we have an analytical process, and then you put that together.

“You’re not saying ‘pick this guy because of his stats’ but you’re saying ‘here are  ten guys that we think might be interesting.’ The coaches might look and not find any of those ten interesting, but if they find just one interesting, then that’s one guy that they would not have looked at otherwise. I think that’s where at this stage the analytics can be very helpful.

“One scout could look at how many games, how many players a year? An analyst could look at an infinite number of players if you get the data for them. Again I think it’s just part of the process. It’s not one way or the other, it’s just added value to your decision-making process.”

The Revs also use analytics to help the coaching staff prepare for the next opponent. The memory banks of coaches may have limits, but the data analysts can use computers to recall minute details from games that took place years ago.

“What are the tendencies of the other teams you’re going up against and then therefore what do you think coaching-wise you can do to counteract those things,” Bilello said. “If you know that a certain team does this 80 percent of the time on a corner kick, my guess is we can utilize that to make decisions of how we defend that team on corner kicks. Where another team might only do that 20 percent of the time on a corner kick, you make different decisions. Whether you pull another player into the box or you go wide or you do this or that, that’s what the coaches do, but we’re trying to help from the scouting standpoint.

“You’ve got to watch every corner kick from the last three or four years — which we do that kind of stuff — but this way you could say ‘well we can watch every corner kick in the league over the last five years in literally a second.’ You press a button and here’s what we found. To claim that information isn’t useful I think is a little short-sighted.”

It seems there’s no designated endpoint for the Revs’ use of analytics. Instead, they will continue to look for ways to use data analysis to improve the performances of players at all levels of the club. There are hypothetical techniques that the Revs could use at the present that will bear fruit years from now, helping to increase the quality of players and the games they play.

“One thing we’re looking at now is how do we apply analytics to our academy systems,” Bilello said. “Part of that is that if you see certain things that players do en masse that aren’t effective, but you realize that it’s probably too late to train them otherwise, then you look at 12-, 13- and 14-year-olds in your Academy system and say ‘can we teach them to remove those habits?’ Or if you find habits that are very effective with players. Can you change the way you train, not across the board but with certain things, to help build those skill sets with those younger players, so that by the time they’re coming up to your first team they’ve learned to do these things?

“Again, it’s not like you’re trying to rewrite the entire game, but to say you have the ability to analyze all these events across multiple years, multiple teams, multiple leagues even, you’re going to learn something there.  I think it’s important that you try to learn as much as you can, and again working with your technical staff to say ‘what does this mean? What do we do with this now that we’ve learned that?’

“It’s not different from what coaches do. They’re observing all these events in their own eyes, they’re making decisions, they’re analyzing again in their own minds, and then that’s how they’re doing what they do. It’s just you can do it on a much larger scale now, so I think it’s really effective.”

When the Revolution restructured their management team and hired Jay Heaps as head coach before the 2012 season, Bilello promised that they wouldn’t be “outworked” or “outsmarted” by any team in the league. It remains to be seen if combining the traditional way of doing things with a new, analytical approach will turn losses into draws and draws into wins, but deciding to put analytics to good use is just one way the club is backing its bold words with even bolder action. 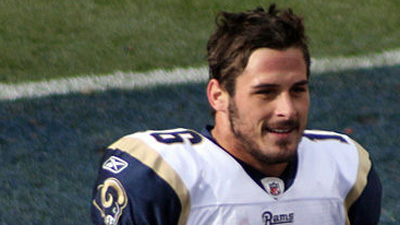