When the Patriots drafted Ras-I Dowling at the beginning of the second round two years ago, they knew they were getting a tall, long and athletic corner who could help their defense. What they didn’t know was that he would only be healthy enough to play nine games in his first two seasons.

So, with Dowling’s health still uncertain going forward, the Patriots may be tempted to take a chance on a local kid with the same skills and frame.

Blidi Wreh-Wilson (pronounced “Bleed-ee Ray-Wilson”) spent five years at the University of Connecticut and over that time developed into one of the most talented and technically sound cornerbacks in college football. His athleticism is his most desirable trait, but he also possesses the smarts and instincts that tend to make good corners great at the pro level.

Bill Belichick was in attendance at the UConn pro day recently, and you can bet he was keeping a keen eye on Wreh-Wilson during his visit.

The Patriots typically place a high value on intelligence, character and versatility when it comes to draft picks. Not coincidentally, those are all things Wreh-Wilson displayed during his four seasons with the Huskies and a reason why the Patriots appear interested.

Wreh-Wilson is a fringe first-rounder, but everything he offers is exactly what the Patriots want in a player. The marriage seems to be a likely fit, and he would add some necessary talent and depth to the Patriots’ secondary.

Then again, the last time the Patriots drafted a cornerback out of UConn — Darius Butler in the 2nd Round in 2009 — it didn’t exactly work out. So, Belichick may use a little more caution this time around.

Editor’s Note: NESN.com will evaluate and analyze one potential Patriots draft prospect every day from March 27 up until the start of the NFL Draft on April 25. Wreh-Wilson is the 10th player in that series.

Wreh-Wilson became a starter in his redshirt freshman season in 2009. He did miss a few games due to injury in 2011 and 2012, but was durable and dependable for the most part. His most productive season came in 2010, when he recorded a career-high 57 tackles, intercepted four passes and returned two for touchdowns. As he matured at UConn, Wreh-Wilson became a much more technical corner and took less risk, leading to fewer interceptions but also fewer mistakes.

The Patriots do have a long, athletic corner already on their roster in the aforementioned Dowling, but after two injury-plagued seasons there’s no guarantee he’ll stay healthy next season. Wreh-Wilson would provide the Patriots with the size and athleticism of Dowling while offering a developing secondary some young legs and much-needed depth alongside Aqib Talib, Alfonzo Dennard and Kyle Arrington. Wreh-Wilson also played at safety, in the “money” linebacker position and on special teams last year at UConn, and the Patriots do value versatility in developing young players.

Very good. Wreh-Wilson is one of the best cornerback prospects in this year’s class, but he likely falls behind four or five guys on most team’s draft boards. The Broncos (28th overall) do need secondary help, too, and they could snatch him up just one slot in front of the Patriots. Then again, Wreh-Wilson could always fall into the second round, and the Patriots may have the chance to snag him at No. 59 overall.

Strengths: Wreh-Wilson gives receivers a big cushion but possesses the closing speed to lock down on them quickly. He uses his height and length to bother receivers and finds a way to knock them off routes when playing press coverage. He attacks the ball carrier on run plays and can be a sound tackler. He’s relentless and never gives up on a play.

Weaknesses: He sometimes gets beat on jump balls, which shouldn’t happen given his frame. He struggles with play action at times, jumping the run and letting receivers get free behind him. Because of his size, Wreh-Wilson can also get off balance when changing direction quickly.

Scout Wilson for yourself below. 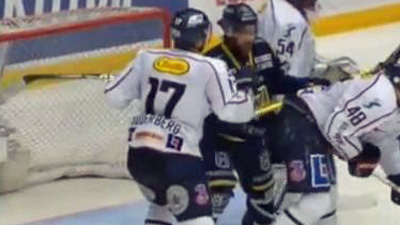 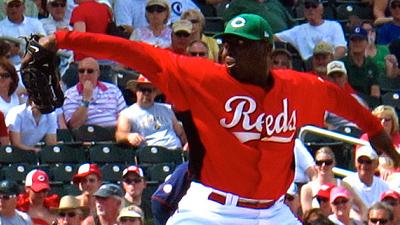