All those hardworking, hard-tweeting sports reporters in the world couldn’t get this scoop: Jon Hamm is hosting the ESPYs.

The news was “leaked” — or just blurted out — by Michael Strahan on Live With Kelly and Michael this week. (Strahan mentioned that Hamm would be hosting, Hamm said he was, and then Kelly Ripa asked whether that had been announced. “It just was,” Hamm said.)

To real sports fans, though, Hamm is an excellent choice. A huge St. Louis fan, he not only wears Cardinals and Blues paraphernalia but also actually knows some stuff about his teams.

ESPN later confirmed that Hamm would be hosting and offered some comments from the Mad Men star.

“I’m very excited to be hosting the ESPYS,” Hamm said in the statement. “As a longtime sports fan and a marginally successful high school athlete, I feel my skill set jibes well with a host’s duties. I now have to figure out what cleats to wear with a tuxedo.”

Hamming it up already! 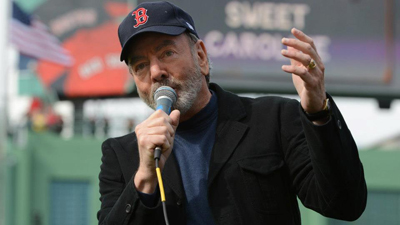 Jeremy Lin Leaves Game With Chest Contusion, May Not Play Saturday Against Thunder