Over four decades, Summerall described some of the biggest games in America in his deep, resonant voice. Simple, spare, he delivered the details on 16 Super Bowls, the Masters and the U.S. Open tennis tournament with a simple, understated style that was the perfect complement for the “booms!” and “bangs!” of Madden, his football partner for the last half of the NFL player-turned-broadcaster’s career.

“Pat was my broadcasting partner for a long time, but more than that he was my friend for all of these years,” Madden said in a statement. “Pat Summerall is the voice of football and always will be.”

His final play-by-play words beside Madden were succinct, of course, as he called the game-ending field goal of the Super Bowl for Fox on Feb. 3, 2002, when New England beat St. Louis 20-17.

“It’s right down the pipe. Adam Vinatieri. No time on the clock. And the Patriots have won Super Bowl XXXVI. Unbelievable,” Summerall said.

Sparse, exciting and perfect. A flawless summation without distracting from the reaction viewers could see on the screen.

At the end of their final broadcast together, Madden described Summerall as “a treasure” and the “spirit of the National Football League” in a tribute to the partner that complemented the boisterous former Oakland Raiders coach so well.

As former teammate and broadcaster Frank Gifford put it in an accompanying video tribute: “America is very comfortable with Pat Summerall.”

Summerall played 10 NFL seasons from 1952 to 1961 with the Chicago Cardinals and New York Giants, but it was in his second career that he became a voice familiar to generations of sports fans, not only those of the NFL.

“Pat was a friend of nearly 40 years,” CBS Sports broadcaster Verne Lundquist said. “He was a master of restraint in his commentary, an example for all of us. He was also one of the great storytellers who ever spoke into a microphone.”

Summerall started doing NFL games for CBS in 1964, and became a play-by-play guy 10 years later. He was also part of coverage of the PGA Tour, including the Masters from 1968-94, and U.S. Open tennis.

When CBS lost its NFL deal after the 1993 season, Summerall switched to Fox to keep calling NFL games with Madden. Summerall had hoped to keep working with CBS for other events like the Masters, but network executives saw it otherwise. At the time, CBS Sports anchor Jim Nantz said he was “very saddened” that Summerall didn’t get to leave CBS under his own terms.

“Pat Summerall was a hero to me,” Nantz said Tuesday. “I treasured the gift of friendship that I had with him. I was his understudy for 10 years. He could not have been more generous or kind to a young broadcaster.”

A recovering alcoholic, Summerall had a liver transplant in April 2004. The lifesaving surgery was necessary even after 12 years of sobriety.

“I had no intention of quitting, I was having too good a time,” Summerall said in a 2000 Associated Press story. “The prescribed stay at Betty Ford is 28 days. They kept me 33 because I was so angry at the people who did the intervention, the first five days didn’t do me any good.”

Summerall received the liver of a 13-year-old junior high football player from Arkansas who died unexpectedly from an aneurysm. Summerall had an emotional meeting with the teenager’s family the following year.

“He always had a joke,” Madden said Tuesday. “Pat never complained and we never had an unhappy moment. He was something very special.”

Summerall often shared his testimony with Christian groups and told his story when speaking before other organizations. In his 2006 book, “Summerall: On and Off The Air,” he frankly discussed his personal struggles and professional successes.

Long before broadcasting Super Bowl games, 16 for television and 10 more for radio — in fact, before there was even a Super Bowl — Summerall played a role in what is known in football circles as “The Greatest Game Ever Played,” the 1958 NFL championship. The Giants lost to the Baltimore Colts 23-17 in the NFL’s first-ever overtime game.

“Pat Summerall was one of the best friends and greatest contributors that the NFL has known,” NFL Commissioner Roger Goodell said. “His majestic voice was treasured by millions of NFL fans for more than four decades. It is a sad day in the NFL.”

Born George Allen Summerall on May 10, 1930, in Lake City, Fla., he was an all-state prep football and basketball player there, and lettered in baseball and tennis. He played college football at Arkansas before going to the NFL.

After breaking his arm in the preseason as a rookie for Detroit, Summerall played five years for the Chicago Cardinals before four seasons with the Giants. While he was also a defensive back, Summerall was primarily a kicker, making 100 field goals and 256 of 265 extra points in his career.

“Pat will always be a great Giant,” team president John Mara said Tuesday. “He was one of my father’s favorites, and his game-winning kick in the snow against the Browns in 1958 is one of the most memorable plays in our franchise’s history.”

When asked about his fondest NFL memories during a May 2009 interview with the AP, Summerall said there were things that stood out as a player and broadcaster.

Summerall was part of the CBS broadcast of the inaugural Super Bowl in Los Angeles on Jan. 15, 1967. After working the first half in the broadcast booth, he switched places with Gifford at halftime and was a sideline reporter during the second half.

“To look at the Coliseum that day and see that there were like 40,000 empty seats and the most expensive ticket was $12, it’s incredible to realize what was going on and what it’s grown to over the years,” he said during the 2009 AP interview. “It’s sort of staggering to me.”

Summerall, who spent his final years in the Dallas area, living in Southlake, was a member of the North Texas Super Bowl host committee for the game played there in February 2011 in the $1.1 billion Cowboys Stadium that opened in 2009.

“He was royalty in the broadcast booth,” Cowboys owner Jerry Jones said. “There is no question that Pat broadcast more Dallas games on CBS and FOX than any other man, and this is a great loss for thousands of Cowboys fans who spent their Sunday afternoons in the living room with Pat.”

Summerall became a play-by-play announcer in 1974, and it was strictly by accident. He was working with Jack Buck, and CBS boss Bob Wussler thought the two commentators sounded too much alike. Summerall told Wussler that if a change was going to be made that he’d like to do play-by-play, and the following Sunday that’s what Summerall was doing.

After his final game with Madden, Summerall remained a full-time broadcaster for Fox one more season, doing primarily Dallas Cowboys games during the 2002 season. He decided to step down the following year when he realized he would spend most of the season away from home.

Summerall did a handful of NFL games for Fox and ESPN the next few seasons. He did play-by-play for Fox’s broadcast of the Cotton Bowl’s games from 2007-10, then for the bowl’s 75th anniversary in January 2011 conducted interviews as part of the pregame show and game broadcast. He also had voiceovers that were part of Masters broadcasts for CBS and game broadcasts on NFL Network. 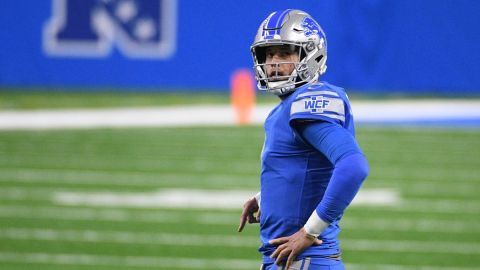