The Boston Marathon tragedy hit the New England Revolution in an all-too-personal way.

Loved ones of two Revolution players — goalkeeper Matt Reis and defender Chris Tierney — suffered serious injuries in the bombing of the Boston Marathon, according to a statement made by the team.

Reis’ wife, Nicole, was running the marathon on behalf of the New England Patriots Charitable Foundation. Her father, John Odem, was in the area near the finish line when the explosions occurred. He was severely injured and remains in critical condition. The family requests privacy at this time.

Tierney’s girlfriend was also injured near the finish-line area when the blasts struck. She was taken to a hospital where she remains in stable condition. 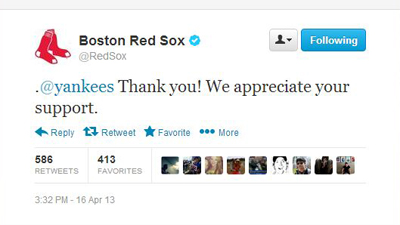