The Bruins woke up Sunday morning knowing they were headed to the playoffs, but they didn’t know who they would be facing. Toronto, Ottawa or the New York Islanders could have been the first-round opponent of the B’s. When the club went to bed late Sunday night, the dust had settled, and the club’s first-round series was set.

The Bruins, of course, will take on the Maple Leafs in a first-round matchup between the two Northeast Division rivals. The Bruins and Leafs are no strangers to each other, having played four games this season with the B’s winning three of those.

Because of the familiarity between the two clubs both on and off the ice, there will certainly be no shortage of storylines in this series. Let’s take a quick look at some of those storylines, shall we?

It’s been a while since the good people of Toronto have seen their Maple Leafs in the playoffs. How long, you ask? Well, the Maple Leafs were the only team not to make the playoffs in between the two most recent NHL lockouts. It’s going to be a crazy atmosphere when the Bruins head to Toronto for Game 3 at the Air Canada Centre next week.

“I think whenever you have two Original Six teams going at it and they haven?t been in it for a while, so I know they?re going to be pretty jacked up, up there,” Shawn Thornton said after the Bruins’ game Sunday night.

It probably goes without saying that Phil Kessel will be the most-watched player in this series. The former Bruins forward always takes heat when he comes back to Boston, and he continues to turtle when the two teams meet. Kessel has played 22 games against his former team, and he has yet to score an even-strength goal. He does, however, have three power-play goals to go along with nine assists, and he’s a minus-22 in those 22 games. This is a huge series for Kessel, and he could really change the way people see him as a player with a big series.

Oh, and Seguin, too

As bad as Kessel has been against Boston, Tyler Seguin has dominated his hometown team. The Bruins used one of the first-round picks they acquired from the Leafs in the trade for Kessel to take Seguin in 2010. He’s made Toronto pay since. Seguin has 10 goals and six assists in 16 games against Toronto in his career. Nine of those 10 goals have come over the last two seasons. Seguin is in something of a scoring funk as of late — he enters the playoffs with just one goal in his last seven games — so the B’s are hoping the Toronto sweater can turn him around.

The Bruins still have 17 players (including Tuukka Rask) who played a big part in their Cup-winning season and playoffs back in 2011. And while the B’s weren’t willing to talk about the past, there’s no denying they have the big edge in experience. There are a handful of Leafs who have postseason experience themselves, but it certainly pales in comparison to the veteran-heavy Bruins. And while Rask only has the 2010 playoffs to his name, that’s more than Toronto goalie James Reimer can say. Reimer hasn’t seen playoff action since 2009 — when he appeared in eight games for the South Carolina Stingrays of the ECHL.

Brian Burke is one of the most entertaining men in all of professional sports, so it was kind of a bummer when he lost his job as Maple Leafs general manager right before the season began. But don’t forget about the job that he did to help rebuild this Toronto team when he took over in 2008. A lot of the players on the Leafs’ roster were brought to Toronto under Burke’s watch. When the Leafs made a coaching change last season, it was Burke who brought in current bench boss Randy Carlyle, reuniting a duo that won the 2007 Stanley Cup serving in the same roles in Anaheim. So while Burke may no longer be with the Maple Leafs, his fingerprints are all over this Maple Leafs team, and it kind of stinks that he doesn’t get to see it through. But then again, if the Bruins steamroll Toronto with a big series from Seguin while Kessel goes back into his hole, Burke’s worst move as Toronto GM will be scrutinized yet again for that regrettable decision.

Oh, and then there’s this. The Bruins and Maple Leafs will meet in the playoffs for the first time since 1974 (the Bruins swept that series). They’re Original Six rivals. They’re two of the most iconic franchises in league history.

What else could you ask for? 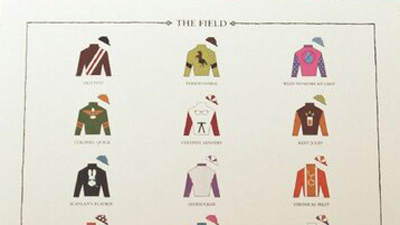