Just when it looked like the Bruins would go out with a whimper, they came back with a roar.

Milan Lucic put the Bruins on his back in the final 11 minutes of regulation and Patrice Bergeron completed the comeback as the Bruins notched a 5-4 overtime win in Game 7 against the Maple Leafs. The Bruins faced a 4-1 deficit midway through the third period, but they surged back to survive against the upstart Leafs.

After Matt Bartkowski opened the scoring less than six minutes into the action, the Bruins watched the Leafs score four unanswered goals. When Nazem Kadri wristed the puck past Tuukka Rask early in the third period, some Bruins fans started making for the exits.

Then Lucic took over.

Lucic assisted Nathan Horton‘s goal to give the Bruins some life, then beat Leafs goalie James Reimer with a goal of his own to pull Boston within a goal with 1:22 to go in regulation. He then initiated the play that led to Bergeron’s game-tying goal with 51 seconds left, although he was not credited with an assist. Bergeron finished the job in a raucous TD Garden in overtime. 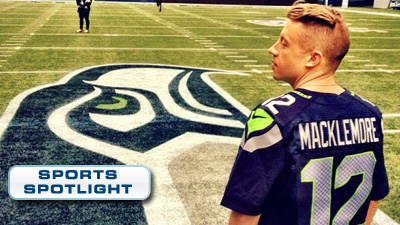