Feel free to take this with a grain of salt, but Stephen A. Smith is hearing rumors of a blockbuster trade between the Celtics and Clippers.

The deal that Smith brought up on First Take would reportedly send Kevin Garnett and Paul Pierce to the Clippers for Blake Griffin, Eric Bledsoe, DeAndre Jordan and Caron Butler. Doc Rivers would also then sign on to coach Los Angeles. The idea behind the trade would be to keep Chris Paul from ditching the Clippers for greener pastures.

For what it’s worth, the trade happens to work in the ESPN NBA Trade Machine.

Smith felt the need to clarify his remarks on First Take in a later tweet. That should tell you all you need to know about this rumored deal.

Report: NHL Won’t Have Any Hearings Regarding Game 3 of Canadiens-Senators Series 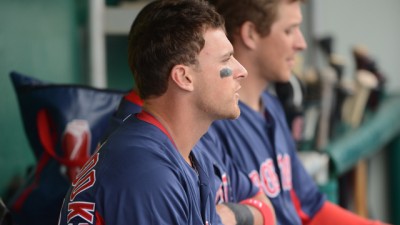 Will Middlebrooks Must Play Way Out of Current Slump, As Red Sox Really Have No Other Choice