Brett Favre Says Aaron Rodgers Will 'Shatter Everything I Ever Did' As Packers Quarterback - NESN.com Skip to content Brett Favre hasn’t just buried the hatchet. He’s dug a hole so deep for said hatchet that it looks like it won’t ever come back.

Favre has made efforts recently to put himself back in the good graces of the Packers family, including taking blame for his split with the team. The Packers have also said they want to patch things up. Now Favre, who’s had his share of uncomfortable moments with his heir, NFL MVP and Superbowl-winning quarterback Aaron Rodgers, is really being conciliatory.

Favre had high praise for Rodgers when he appeared on Sirius XM NFL radio on Thursday.

“Aaron has played extremely well, probably even better than anyone anticipated, but I knew he was capable of that, and that’s why they drafted him,” Favre said, as reported by Pro Football Talk. “Barring any injury, he’ll shatter everything I ever did there except for maybe [the] consecutive games [streak].”

Rodgers has had very strong numbers so far in his career, and it doesn’t take a math whiz to guess that he could challenge Favre’s marks.

Rodgers has had about a third of the starts that Favre had in his career, meaning that if he continues on his current pace, he’ll come up shy of Favre’s pass and completion totals. His total yards and touchdowns, however, would match or top Favre if Rodgers continues as projected.

Rodgers also has a late start on Favre, since he wasn’t the Packers’ starter until he was 25 (Favre started when he was 23). Favre also played for the Pack until he was 38, which is tough to do as a quarterback.

Favre also spoke Thursday about the circumstances surrounding him leaving Green Bay, when Rodgers took over.

“I understood that they had a young quarterback who had tremendous potential, that they had to find out what he could do,” Favre said. “And, quite frankly, I had probably my best year in 16 years that past season, and there’s two ways to look at that. If you’re in the organization and you’re making decisions, you got to feel like, ‘OK, he had a great year, but he’s probably maxed out.’ That’s kind of what I would have been thinking. Now, obviously my side of it is, ‘I think I can still play.’ The way it went down was not the best of ways, and I think people have learned from it, and, again, I’m over it.”

While Favre’s final season in Green Bay wasn’t statistically his best year, it was still enough to look like jumping to Rodgers would be a leap of faith.

Six years later, though, Rodgers has proved all doubters wrong — including Favre. 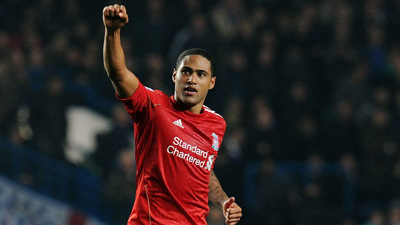