Donovan McNabb Calls Out Robert Griffin III for Doing Too Much, Says Quarterback Needs to Focus - NESN.com Skip to content Between a wedding, a new house, a quick trip to the Kentucky Derby and recovery from an ACL surgery, Robert Griffin III has kept himself in the headlines this offseason. For former NFL quarterback Donovan McNabb, it’s been too much.

McNabb told The Washington Post that he thought Griffin was doing “too much” to draw attention to himself. And while McNabb can understand where Griffin is coming from– taking advertising deals, going out, enjoying fame and extensive coverage of his recovery — the former quarterback thinks Griffin needs to take a step back and realize what is important heading into his second NFL season.

“But if you’re coming off ACL surgery, you don’t need to be having press conferences at OTAs,” McNabb said. “Every week? Really? It becomes a circus, a sideshow. It takes away from the focus of what those sessions are supposed to be about: the team.”

Although McNabb has plenty of experience under his belt, he was once young a hot-shot quarterback, too. Maybe his Campbell’s Chunky Soup commercials with Mama McNabb weren’t as glamorous as some of his counterparts, but he knows what the hype before a season can do to a player if things go wrong.

“Especially if Robert doesn’t play at first or isn’t right for the first eight weeks and it takes a while for him to become the player he was,” McNabb said. “So what if you start 2-6 or 3-5? Then everybody wonders what happened, starts thinking, ‘But wait, you told us he was great a few months ago. He told us he was great.'”

After he reinjured his knee in a playoff loss against Seattle to end his rookie season, Griffin’s recovery process has been a big talking point this offseason. McNabb, who reached out to Griffin last season to talk but never heard back, saw similar situations in his time with the Philadelphia Eagles. But his former head coach, Andy Reid, kept them under wraps.

“One thing Andy Reid did is he never let the injured guys become the story if they were off to the side at a practice,” McNabb said. “He thought it took away from the guys who were grinding and practicing every day.”

With the heavy criticism of quarterbacks, on the field and off, Griffin should maybe pick up the next time McNabb calls. The last thing the NFL needs is another “circus” quarterback. 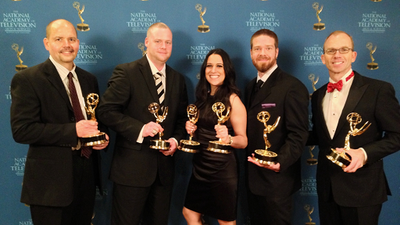