Alfonso Soriano has called Wrigley Field home for the past seven seasons, but the Dominican slugger could soon be suiting up in the Bronx.

The 37-year-old gave Cubs general manager Theo Epstein a list of teams he would accept a trade to and the New York Yankees were on the list. The Cubs told Soriano on Tuesday that they were interested in trading him, something they unsuccessfully attempted to do twice last season.

Soriano was able to block the attempted trades due to the 10-5 veto rights, which gives any player with 10 years of major league service and five years with the same team, the power to veto any trade. The seven-time All-Star later said Epstein informed him there was interest from multiple teams, but that there was a good chance he could be dealt to the Yankees.

Soriano played for the Yankees from 1998 to 2003, winning two World Series with the historic New York franchise.

“It was great when I used to be with the Yankees,” Soriano said. “My best friend with the team is [Derek] Jeter and he’s still there. Mariano [Rivera] is still there too. And me and [Robinson] Cano are good friends, too, because we’re from the same town. I could feel very good with the Yankees because I’ve been part of the family before with them.”

Soriano said he intended to finish his career with the Cubs, but does not want to be a part of their current rebuilding project and would rather have another shot at a World Series title.

“I would have been very happy if we were playing better here with a chance to go to the playoffs, but it’s not. I am 37, so I’d like one more chance to go to the World Series.” Soriano said. “They’re preparing to win in 2015, and that’s too late for me. I’ve tried to be a champion here, but now it seems I have to do that for another team.”

The four-time Silver Slugger winner is batting .254 with 17 home runs and 51 RBIs this season. 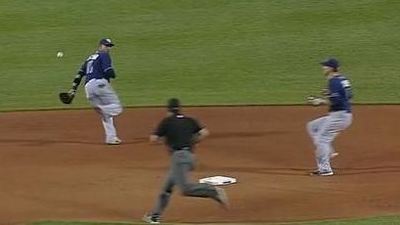