Mariano Rivera is having quite the retirement tour.

So far, the Yankees closer has had a 757 airplane dedicated to him, he received an awesome gift made of broken bats and he was named MVP of the 2013 MLB All-Star Game (after he came into the game to “Enter Sandman” by Metallica).

Mo and his teammates were in Boston on Saturday taking on the Red Sox, and Rivera took some time out before the game to talk with Red Sox fans. Rivera fielded questions about playoff mentality, chasing his dream and the notorious Yankees-Red Sox rivalry. 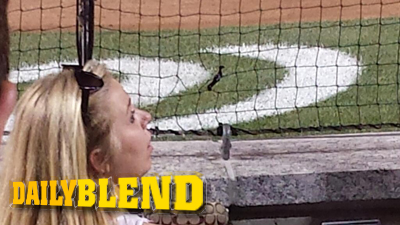