Report: Roberto Luongo Will Likely Be Starter for Team Canada in 2014 Olympics, Invites Will Be Sent Monday - NESN.com Skip to content Now that the NHL, NHL Players? Association and the International Ice Hockey Federation have reached an agreement allowing players to participate in the upcoming Winter Olympics in Sochi, Canada has already begun to plan who will fill out their roster and put them in the best position to bring home another gold medal.

With an abundance of talent and options for Team Canada?s forwards and defensemen, the biggest question mark is the man who will be between the pipes during the Winter Games.

Sportsnet?s John Shannon reports that Canada will send out invites to orientation camp on Monday with the pre-Olympic training taking place in Calgary during the last week in August.

The goalie invites for the camp will be Roberto Luongo, Carey Price, Mike Smith, Braden Holtby and Corey Crawford, according to the report. After taking over for Martin Brodeur during the 2010 Olympics in Vancouver, Luongo led Canada to a win over Team USA in the finals to capture the gold medal.

“Going into this season you know that he’s going to be the starter for the Vancouver Canucks,” TSN Hockey Insider Jamie McLennan said of Luongo. “He’s going to be in mid-season form come the Olympics. Let’s not forget: He won last time, so he has the experience and the confidence to know what it takes to help Team Canada win.”

With Luongo likely snagging the No. 1 spot, two other slots remain for goaltenders. Price and Crawford look to be the front-runners to round out the position at this point. Price, the 25-year-old Montreal Canadiens netminder, helped Canada win gold at the 2007 World Juniors, and Crawford is coming off a Stanley Cup championship season with the Chicago Blackhawks in which he posted a .932 save percentage during the playoff run. 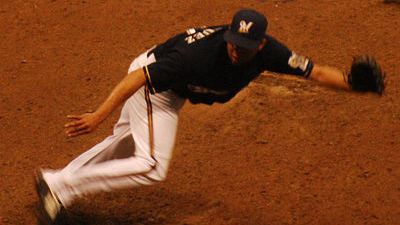