As impressive as Kelly Olynyk was as a summer leaguer, the Celtics’ first-round draft pick will head into his rookie season as something of a mystery man.

It is still unclear what Olynyk’s final position will be in the NBA and what role coach Brad Stevens will put him in. Normally, a 7-footer is slotted in as a center and that’s that. But Olynyk does not have the girth or the game to play down low in the pros, although he could develop both over time. He really surprised scouts with his outside shooting in Orlando, so he figures to be the new “stretch four” kind of forward that is running rampant around the league.

What is best for Olynyk might not be what is best for the Celtics, however. While Olynyk might be best served as a power forward, the Celtics already think they have a pretty good young one in Jared Sullinger. An Olynyk-Sullinger front line may be intriguing, but Celtics president of basketball operations Danny Ainge has admitted that a team can’t sustain its frontcourt production at a championship level with those two up front. Since winning a championship is the whole point of this thing, another solution must be found.

The question therefore becomes whether Olynyk and Sullinger can be long-term teammates or whether one needs to leave for the other to flourish. Olynyk seems to have the greater upside, but Sullinger showed how valuable rebounding can be as a single asset when he immediately helped the rebounding-starved Celtics as a rookie. Perhaps Ainge thinks one or the other — or both — is best served coming off the bench. Perhaps Fab Melo‘s strides since last season have been so great that it doesn’t matter whether Sullinger and Olynyk can play together, because Melo will have the five spot wrapped up …

OK, now we’re trying way too hard to come up with reasons the Celtics should trade their freshly plucked first-round pick. We intend to let you vote on every player on the roster, though, darn it. So here you go.

Anyway, vote in the poll below. 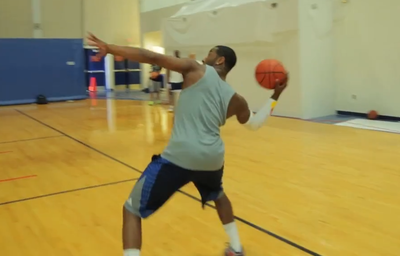