FOXBORO, Mass. — The Patriots will be throwing out some new faces on offense this season. But one of the most exciting pieces is a player who has been around for three seasons now.

Shane Vereen looks set to expand his role in 2013, taking on the old Danny Woodhead/Kevin Faulk third-down back position. Vereen has been flashing his versatility in training camp, lining up at running back, in the slot and out at wide receiver.

Vereen had a fantastic game Friday night against the Buccaneers and showed off everything he can do from his rushing to receiving to pass and run blocking.

I dove into how Vereen can fill Woodhead’s role in this week’s mailbag. Check it out below.

@DougKyedNESN @NESN If Amendola and Gronk are not healthy who will be Brady’s prime target to move the chains?
— Pete Brose (@YotesUtility22)

First off, there’s no reason to be concerned over Danny Amendola‘s health. Sure, Amendola has missed the last two practices, but he stayed on the sideline during Friday’s game against the Buccaneers and he played after the only play in question where he may have got hurt, when he got hit in the head.

But, if it so happens that Amendola and Rob Gronkowski aren’t playing in the same game, it looks like Tom Brady could key in on the undrafted rookies, Zach Sudfeld and Kenbrell Thompkins. Both have big-play ability, but can also be possession-type receivers.

Brady will likely spread the ball around all season, though. Amendola and Gronkowski will receive the bulk of Brady’s targets, but Thompkins, Sudfeld, Aaron Dobson, Josh Boyce, Jake Ballard and the rest of the receivers and tight ends will get their share. At this point, though, it seems like Thompkins and Sudfeld have earned Brady’s trust the most, based off their action in training camp practice and preseason games.

@DougKyedNESN Think Ebner is on the roster bubble since he hasn’t played this preseason? He was a beast on ST last year, hate to lose him.
— Matt Murray (@MattToTheFuture)

I do believe Nate Ebner is firmly on the roster bubble, if not slightly on the outside looking in to the bubble. Ebner was a quality special teams player, but so are Duron Harmon, Marquice Cole, Adrian Wilson and Kyle Arrington, all of whom are better defenders than Ebner.

It’s still possible Ebner makes the 53-man roster, but it would likely come at the expense of Steve Gregory or Tavon Wilson. And Gregory offers nice depth at both safety positions, and it’s doubtful the Patriots would give up on a second-year, second-rounder so quickly. Wilson has probably been the weakest safety out of the players who are expected to make the team — Adrian Wilson, Tavon Wilson, Harmon, Devin McCourty and Gregory.

The hype for Ebner was high last year, but it appears he just hasn’t made the strides necessary on defense to keep warranting a roster spot. Crazier things have happened in Foxboro, though.

@DougKyedNESN What can you tell us about Evan Landi’s ability? Has Tavon Wilson played so poorly to get cut? I thought Gregory would be gone.
— Will S. (@animedpet)

Well, since I addressed the last two questions in the above answer, I’ll just take on Landi. The rookie tight end out of South Florida has struggled from what I’ve seen. He was dropping balls in practice last week and to put it bluntly, is likely just a training camp body.

The Patriots are shallow at tight end with Gronkowski still on the PUP and Daniel Fells missing practices. So, Landi will likely continue to get work with the third team on Thursday in Detroit (if they even play), but he will be gone by the time Aug. 31 rolls around. I would say he’s a long shot for the practice squad.

Is Brandon Bolden the odd man out at RB?
— Tom Oleary

I’ll just take on both of these at the same time. It’s a very close race between Brandon Bolden and LeGarrette Blount in the running back position battle. And while I think it’s likely only makes the roster, Leon Washington could still be a roster casualty or the Patriots could elect to keep five running backs.

It is my personal opinion that Bolden will not be the odd man out, though (if there is one). Bolden is the better special teams player and better mimics what Stevan Ridley offers to the offense. Bolden has also taken more snaps split out wide than Blount and is probably the better short-yardage back, despite Blount’s massive size.

Blount certainly has his fair share of exciting plays, as we saw in the Patriots’ first preseason game when the fourth-year back joysticked the Eagles all the way for a 51-yard touchdown. Blount certainly has those plays in him, it’s the other carries when he’s slow to hit the hole and can’t get his pad level down that are the concern.

How many games do you think Gronkowski will miss?
— Keith Washburn

Getting Gronkowski back will be a huge boost for the Patriots, but they’ll be just fine as long as Sudfeld and Ballard hold up. There was a lot of concern about Brady’s weapons in the spring, but those have subsided after seeing how good the newbies can be.

Tebow is better as a receiver. Why don’t you start him as one, instead of as a backup qb?
— Dave Anderson

I’ll pass this question on to Bill Belichick.

My opinion on the matter, though? Tim Tebow isn’t better at receiver, tight end or fullback than the rest of the players at those positions on the team. It would be a waste of reps to see Tebow try a different position. It’s quarterback or bust for Tebow.

What’s the feeling around the organization about Zach Sudfeld? Is he as good consistently as he’s looking in preseason action?
–Chris Radez

I’ll actually have a much more extensive post coming up about Sudfeld on Wednesday, but he’s looked just as good, if not better, in practice here at Gillette. Sudfeld has had a couple practices where he’ll have a case of the dropsies, but for the most part he’s been very consistent and rebounds well from mistakes.

Do you believe that Shane Vereen can essentially fill the void that Danny Woodhead left?
— Donroy, Holden, Mass.

Yes and more. The only thing Vereen can’t do as well is get as small and hidden in the backfield. Woodhead used to split out at wide receiver, but he was never very effective in that role. That’s where Vereen can really expand on the third-down back position. We’ve seen it a few times now that when Vereen lines up at wideout and he has a linebacker covering him, he can do a lot of damage on a deep route. He caught touchdowns against the Texans last year in the playoffs and in the Patriots’ first preseason game against the Eagles.

I’m expecting big things from Vereen this season, sharing time with Ridley. Due to Vereen’s versatility, we could even see both running backs on the field at the same time. This preseason, we’ve seen Vereen and Bolden take the field on the same snap.

There was a reason the Patriots let Woodhead walk. And that’s Vereen.

When is the stupid NFL going to utilize their own TV channel & stop tying up all the other TV channels!!!!!! NFL sucks!!!! Football sucks!!!!!!
— Christopher Stewart 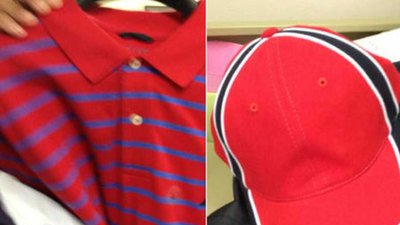 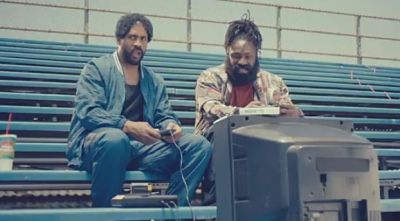