The No. 98 on Devin Gardner‘s back is no wardrobe malfunction.

The Michigan quarterback is sporting the high number as his Wolverines take on Notre Dame, and he’ll continue to wear it for the rest of his career for a very special reason.

The university unretired Tom Harmon‘s No. 98 jersey, and Gardner was awarded the number in honor of the Michigan great, who was named a Michigan “Football Legend” during a pregame ceremony.

“It’s difficult to say how honored I am to wear No. 98,” Gardner in a press release. “You see Tom Harmon photos and prints all over our building, knowing all of the things he accomplished on the field for this program and then representing our country, and to have the opportunity to speak to his family today, it’s kind of surreal. I’m extremely humbled and blessed.”

In 1940, Harmon became Michigan’s first Heisman Trophy winner as he ran for 2,134 yards, completed 100 passes for 1,034 yards and 16 touchdowns, and scored 237 points while also playing defense and handling the kicking duties for the Wolverines.

After leaving Ann Arbor, Harmon was drafted by the Chicago Bears but instead opted to enlist as a fighter pilot during World War II, and he was awarded the Purple Heart and the Silver Star for his service. 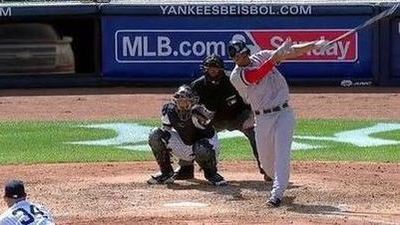