Doc Rivers is back in Boston, temporarily, for a charity event he has been promoting for the past few days. As part of his role as co-chair of Action for Boston Community Development’s Hoop Dreams event, Rivers has been been making the local media rounds and, little by little, opening up on his true feelings about his time with and departure from Boston.

Rivers hewed to the Celtics’ company line for the most part immediately following his move to Los Angeles, only really disputing Danny Ainge‘s contention that his departure was Rivers’ decision first, last and foremost. In a question-and-answer session at Hoop Dreams on Wednesday night, Rivers stayed away from more controversial aspects of his departure — but he did drop some truth on one incident during his tenure that still rubs some Celtics fans the wrong way.

No matter how much Bostonians admire Jeff Green for his work to come back from heart surgery, a sizable contingent still simmers at the 2011 trade that sent enforcer Kendrick Perkins to the Oklahoma City Thunder in exchange for Green. Many blame Ainge for destroying team chemistry and costing the Celtics a shot at a second championship for the trio of Paul Pierce, Kevin Garnett and Ray Allen.

As it turns out, Rivers agrees that trading Perkins was a mistake.

“I think so, because we needed the toughness,” Rivers told attendees, via WEEI. “The one thing we did by losing Perk was, we removed Kevin’s protector. I didn’t think it was a coincidence that, after Perk left, that Kevin got into all those little flicks with the other teams. Perk deflected all that.”

Rivers has always hinted that he felt this way, but has used a lot of qualifiers to avoid being misconstrued as criticizing Green. For instance, he has said the timing of the trade was a mistake, although since it was a deadline-day deal and Perkins was due to be a free agent at the end of that season, Ainge didn’t have the luxury of waiting.

Now that Green is no longer in his locker room, though, Rivers appears to be willing to agree with the questioner once and for all that, yes, the Perkins-for-Green trade was a bad move.

U.S. Soccer Climbs Six Places to No. 13 in FIFA Rankings After Qualifying for 2014 World Cup 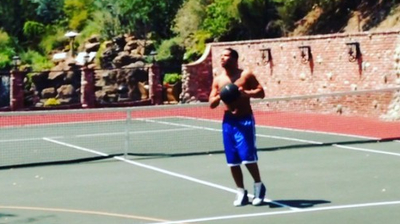