Jason Terry is 1-for-2 on the tattoo front when it comes to predicting championships. Now he’s looking to get above .500 by inking up for his new team, the Brooklyn Nets.

Terry had the Larry O’Brien trophy tattooed on his biceps in October the year the Dallas Mavericks won it all, and he tried to turn the trick again with the Celtics. After signing with Boston last season, Terry shared photos of his arm getting marked up with a very large tattoo of the Celtics’ leprechaun mascot spinning the championship trophy on his finger. That one didn’t work out, with Boston falling in the first round of the NBA playoffs and Terry putting up an ineffective season in Kelly green.

Terry is now going for a third ink job, Dan Duggan reports — and he doesn’t necessarily regret his jumbo-sized leprechaun.

The third time should be a different kind of charm. 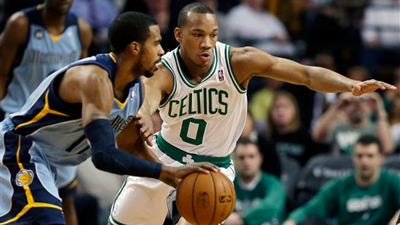