Zach Dacy, a 5-year-old leukemia patient, is an inspiration to everyone he meets.

In September, Northern Illinois invited Zach and his family to a Huskies football practice. Zach is an avid football fan, and according to Huskie Wire, his favorite player is Green Bay Packers linebacker Clay Matthews. The highlight of the day was Zach lining up like Matthews and sacking Huskies quarterback Jordan Lynch.

?He?s going through a lot right now, I think that?s the least we could do,? Lynch said. ?We made his day and he gave me a pretty good shot.?

Check out Zach’s awesome moment in the video below.

The Red Sox found a creative way to show off their lineup for Game 1. The Red Sox offense put in a historic performance in Game 1.

This polar bear has some pretty good dribbling skills. 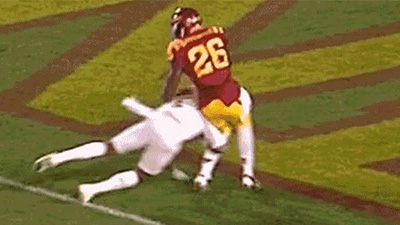