This one will be talked about for a while. What happened, though, is that Will Middlebrooks? legs and Allen Craig?s everything got all tangled up and, according to Major League Baseball rules, that?s obstruction.

Umpire Jim Joyce made the call on Middlebrooks after the third baseman hit the dirt going after a poor throw from catcher Jarrod Saltalamacchia, who had just preserved the tie game by tagging out Yadier Molina at home plate. With Middlebrooks still on the ground, Craig tried to break for home but tripped over the third baseman, and although he appeared to be tagged out when he finally made it home, Joyce called obstruction at third, giving the Cardinals the run.

Check out the sequence in the GIFs below, courtesy of gifdsports. 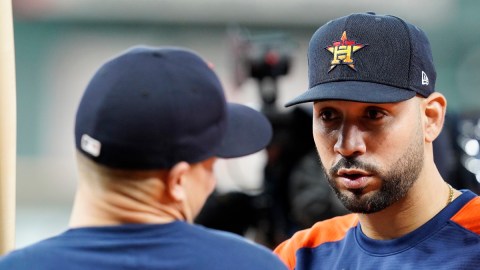