Chris Babb Shows Some Things We Didn't Think He Had and Other Impressions From Celtics' Loss to Knicks - NESN.com Skip to content We see you Chris Babb.

Being a “three-and-D” player in the modern NBA is not a bad thing. Being a three-and-D player in college usually is. Even the purest professional players who bring defense, spot-up 3-point shooting and little else were usually all-Americans in college, like Shane Battier or Brandon Rush. Rare is the underwhelming college scorer who manages to successful translate his underwhelming scoring skills to the pros.

Babb, who split his four college seasons evenly between Penn State and Iowa State, never averaged more than 9.3 points per game. As a 6-foot-5 off-guard with no known ballhandling skills, he appeared to be just some training camp flotsam on the Celtics’ roster when the preseason began. But on Wednesday, he showed he might be more than that.

Babb scored all 12 of his points in eight fourth-quarter minutes to lead a near-comeback from 23 points down against the Knicks in the Celtics’ second preseason game. After opening his night by blocking center Cole Aldrich, Babb hit four threes and had two assists before his last-second shot was blocked to end Boston’s comeback bid.

Stevens called a play for Babb with the Celtics trailing by three points with 54 seconds remaining. Showing unusual poise, Babb met a rush by the Knicks defense and calmly dribbled baseline and flung a one-handed pass to a cutting Vitor Faverani for a dunk. That helped set up a chance for the Celtics to win on the final possession.

“I’ve just always been humble, always kept a good attitude,” Babb said. “I’ve had games where I went 0 for 10. I just have games like that where the basket looks bigger than the ocean. I just stay positive and just come ready to work tomorrow.”

Maybe this is reading too much into it, but from MarShon Brooks‘ body language he did not seem very happy about not getting the ball on the Celtics’ final possession, when they trailed 103-102 and were inbounding with four seconds to go. After Babb’s shot was blocked and he was knocked to the floor, Brooks was standing right near his fallen teammate and in position to help him up. Instead, Brooks pivoted and walked quietly back toward the bench while DeShawn Sims rushed over to give Babb a hand.

It was weird to see a Celtics player do that after six years of seeing every Celtic running over to help a teammate whenever he hit the ground. Kevin Garnett‘s absence is already felt.

Gerald Wallace is a willing defender, but that is not all that makes the veteran forward useful on defense. At 6-foot-7 and 215 pounds, the Alabama native is country strong, with the ability to muscle with much bigger defenders. That is how some of his former teams were able to use him at power forward for stretches, since his speed could cause problems for opponents without giving up too much strength at the defensive end.

Wallace showed his versatility on one possession in the first half. He started the Knicks’ possession covering Carmelo Anthony, his assigned man, then switched onto Andrea Bargnani on a 3-5 pick and roll. Granted, Bargnani is not a low-post beast, but it was noteworthy that Wallace was able to push the 7-footer three feet out of the paint.

More than just a pretty ‘do

There might be no better example of why college basketball should be outlawed immediately than Kelly Olynyk.

As a college big man at Gonzaga, Olynyk was a victim of the absurdly short 3-point line and restrictive offensive sets that basically legislate creativity out of the game. As a result, the 7-footer often looked like just another stodgy, set-shooting college center, because who can resist that 20-foot, nine-inch arc when the alternative is dribbling hopelessly into five zone-playing defenders?

But freed from the constraints of the NCAA, Olynyk has shown that many of his athletic skills were better than advertised. He moves much better with the ball than scouting reports claimed, as he showed when he drove down the lane early in the game and dished out to Jeff Green for a corner three. (Green missed, but that’s not Olynyk’s fault.) A little later, Olynyk held firm against Metta World Peace, who is no offensive wizard but has dominated quite a few skinny rookies with his freakish strength. World Peace tried to bully Olynyk near the right block, but Olynyk stayed his ground and stuffed World Peace’s turnaround jump shot attempt.

With Olynyk and Babb leading the way on Wednesday, are quickly learning new things about the Celtics’ newcomers — and there are still six preseason games left. 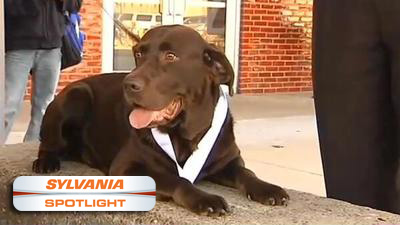