Gerald Wallace Turns Into Fanboy Meeting Tom Brady, Says His Heroes Are 'Michael Jordan, Then Him' - NESN.com Skip to content WALTHAM, Mass. — Meeting Michael Jordan? Gerald Wallace has been there, done that. Meeting Tom Brady? Before Sunday, Wallace had never had the pleasure.

The diehard Patriots and Red Sox fan took in his first NFL game at Gillette Stadium on Sunday, getting onto the field during warm-ups and briefly encountering the three-time Super Bowl-winning quarterback. Although the meeting was not what Wallace always envisioned — it was little more than a handshake — he can now say he met an athlete he admits he is “fascinated” by.

“That’s like my childhood dream there, to meet him,” Wallace said Monday after practice. “Michael Jordan, and then him. I met Michael, played for Michael. I didn’t meet Brady the way I wanted to meet him. I wanted to actually stand and talk to him, but I understand it was a big game for them and he was prepared for the game. I didn’t want to break his focus. I just got a quick handshake as he was walking to the locker room.”

Wallace’s picks for his favorite athletes say a lot about him. Jordan and Brady might be the two fiercest competitors in sports history, and that type of competitiveness shows in Wallace’s all-out style of play. Wallace’s greatest accomplishment in the NBA might be that when he played for the Bobcats, Jordan liked him — and Jordan doesn’t like anybody, especially modern-day players.

If only Wallace had stuck around for the entire game, Sunday would have been an even more unforgettable day for him.

Patriots Finally Clinch Status As Elite Defense After Stopping Saints, Though Players Will Not Admit It 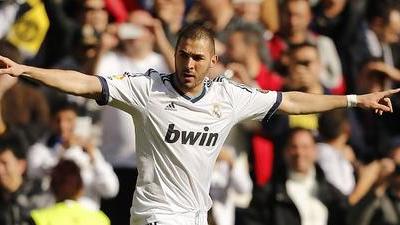