Report: Army, Navy Games Will Go On as Scheduled, Will Be Paid for by 'Non-Government Funding' - NESN.com Skip to content It appears that football at America’s service academies will sidestep the government shutdown.

The Secretary of Defense granted approval on Wednesday for Army, Navy and Air Force to play their games as scheduled this Saturday, a source told ESPN’s Brett McMurphy, with all costs being taken care of by “non-government funding.”

“Not a dime of expenses: travel, game expenses, anything,” the source said. “Not one dime of government money will be spent.”

The two games — Navy-Air Force and Army-Boston College — had been in jeopardy of being canceled or postponed after the Department of Defense suspended all intercollegiate athletic competitions at the service academies in the wake of the government shutdown that went into effect Tuesday morning.

A government official told The Associated Press that only this weekend’s games have been approved at this time. Future contests will be “evaluated as events unfold in the coming days.”

The ESPN.com article also points out that the Division III U.S. Coast Guard Academy will play its game against Western New England as scheduled because the Coast Guard coaches are also faculty members and thus exempt from the government furloughs. However, civilian employees in the school’s athletic department — including equipment and sports information staff — are considered government employees and unable to work, which resulted in head football coach Bill George doing the team’s laundry on Wednesday.

Update: The Navy Athletics Twitter account tweeted Wednesday night that the game against Air Force is indeed on for Saturday. 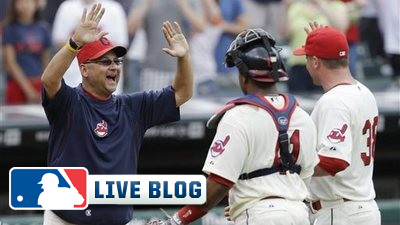