Bill Belichick Was Wise to Stick With Stevan Ridley After Fumble, Give Credit to Troy Polamalu for Strip - NESN.com Skip to content After Stevan Ridley fumbled on the Patriots’ first drive of the second half, it seemed inevitable. The newly re-crowned starting running back would be relegated to the bench.

Bill Belichick‘s faith in Ridley would be broken. The third-year player’s confidence would be shot. It would go back to being the Brandon Bolden and LeGarrette Blount show until Shane Vereen‘s expected return in Week 11.

Then, something strange happened. Ridley came back out on the field for New England’s ensuing drive and carried the ball three yards on the first play. Apparently all fumbles are not created equally to Belichick.

“I thought Stevan did a good job,” Belichick said. “It was really a tremendous play by [Troy] Polamalu. He did a great job. Stevan caught the ball with his back to the defender. As he turned, Troy came in there and instead of making a tackle he was able to dislodge the ball. He anticipated Ridley turning up and Troy made a good play on it. I don?t think Stevan really had much of a chance to do anything but turn. Sometimes turnovers are a result of real good defensive plays. Sometimes they?re the result of sloppy plays offensively. I would, unfortunately, have to credit that one to Polamalu. He made a great play on it and that?s one of those things you have to live with. Stevan ran hard, like he always does.”

And Belichick is exactly right. As he described, Ridley caught the ball on the right sideline. As he turned, Polamalu, one of the league’s premier defensive playmakers for the last decade, was standing right there, ready to strip the ball as he’s done nine times in his career.

There was no need to send Ridley tumbling down the depth chart. And the decision not to punish the running back paid off. Ridley ran the ball for 60 more yards in the second half, going over 100 yards for the first time this season.

Ridley appeared to get passed by Vereen, Bolden and Blount at times this season due to Week 1 when Ridley lost a fumble. He hasn’t been a big part of the passing game and he’s barely been used in the first quarter at times.

All of that changed on Sunday. Ridley got the start, pounded the ball early and often for New England and ever received a season-high four targets in the passing game.

LeGarrette Blount and Brandon Bolden are good backs. And both players have their set role on the team. But there’s no reason not to treat Ridley like the great back that he is.

The Patriots were given a boost in the first half against the Steelers because Tom Brady was playing well and Rob Gronkowski and Danny Amendola were obviously feeling a little more spry. But they also benefited from starting Ridley out of the gate.

Ridley’s not quite back on pace for 1,000 yards yet, but a 90-yard game against the Panthers would get him there. As long as he avoids those unforced fumbles, of course. 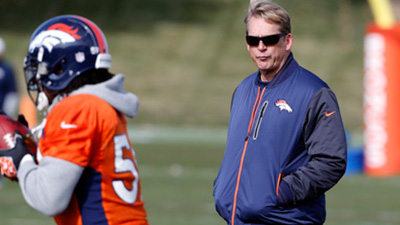