Brad Stevens made a name for himself culling the fertile Indiana soil for Butler recruits. But what many don’t know is that he was once a pretty darn good high school basketball player himself.

During his formative years, the current Celtics head coach was a star guard for Zionsville High School, a quick half-hour drive northwest of Butler’s Hinkle Fieldhouse.

This past Saturday, The Boston Globe posted a video on its YouTube page of one of Stevens’ proudest high school moments, a win over Lebanon High in the sectional championship in which Stevens, then a senior, drained four straight shots en route to scoring Zionsville’s first 13 points. (The Globe’s Baxter Holmes recapped the game in greater detail as part of his excellent profile of Stevens published last month.)

In fact, Stevens was a force to be reckoned with throughout the sectional tournament, totaling 97 points in three games to capture tournament MVP honors.

Check out highlights from what the coach called his “best time in high school” below, with a hat tip to Prep Rally for bringing this to our attention. 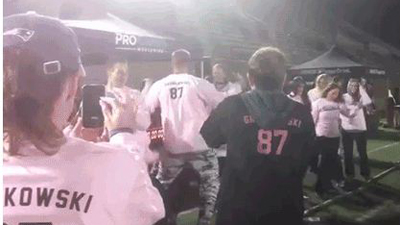