Patriots Did Not Show Much Interest in Stopping Broncos' Run Game And Other Observations From Film Review - NESN.com Skip to content The Broncos’ running backs kept slicing through the Patriots’ defense and Bill Belichick did nothing to stop it.

New England never strayed from their nickel defense. For all 90 snaps, Belichick kept two linebackers, four defensive linemen and five defensive backs on the field. Not only did Belichick not stray from the nickel, midway through the second quarter, the Patriots swapped their dime linebacker, Dane Fletcher — a better pass defender — in for Dont’a Hightower.

They also stopped using their nose tackle Isaac Sopoaga, instead electing to go with Joe Vellano and Chris Jones, who were getting pushed down, over and back by Denver’s offensive line on almost every play.

Basically, Belichick was encouraging the Broncos to keep running the ball at a 5.8-yard-per-carry clip. He kept defending the pass even when Peyton Manning wasn’t passing.

It happened to work out perfectly for the Patriots. The goal appeared to be to keep Manning from throwing the ball. The Patriots fell behind quickly and Manning never quite got into a rhythm once they caught up.

Let’s see how else the Patriots beat the Broncos in this week’s film review.

Tom Brady just keeps getting better this season. It’s a little scary. Brady was at his best in the third quarter, but despite the frigid weather, the signal caller did not struggle with accuracy all game.

Brady passed well with Broncos defenders in his face and knew when to be smart and throw the ball away. There aren’t many quarterbacks who could have led that 24-point comeback.

Brady certainly had his struggles to start the season, but those seem to have dissipated.

Stevan Ridley and LeGarrette Blount did not stick around long in this game. They looked good in their limited carries, but both players stayed on the bench after fumbling.

Brandon Bolden played well, but outside of his 33-yard carry, he wasn’t quite as explosive as Ridley. It’s nice to have that big-play ability with Bolden, though.

Shane Vereen added a couple more drops, one coming on a nearly identical play to the third-down back’s big drop against Carolina. The Broncos weren’t fooled by Vereen’s draws, but he does add a nice change of pace out of the backfield.

Vereen’s at his best catching the ball on third down, though. Brady has shown a lot more confidence since getting his safety valve back.

James Develin split his snaps between fullback and tight end. He had a good game as a lead blocker, but he rarely got any separation when running routes.

Julian Edelman was the best receiver out on the field for either team. He made some tough catches, avoided any drops and was getting open all game. He flashed some impressive after-the-catch ability, as well.

Danny Amendola and Aaron Dobson had some trouble getting open. Amendola had a drop but was able to get open on some quick passes. Edelman and Vereen were more effective when Brady had to release quickly, though.

Amendola helped out by going unnoticed while running some screens on Denver defenders. He was very physical on Sunday night.

Kenbrell Thompkins did a nice job in the second half after Dobson was sidelined. Dobson’s speed allows him to be more effective than Thompkins when Brady has time to throw. With Von Miller flying off the edge, it made sense to go to Thompkins, who was getting open faster.

It helped Thompkins that Dominique Rodgers-Cromartie got hurt midway through the game.

Rob Gronkowski had an underrated game. It’s fun to watch him plow through the opposition. It looked like he scored a touchdown midway through the third quarter when he stretched out to the goal line. He made up for it by scoring, and spiking, at the end of the quarter.

Gronkowski also had a solid game run blocking. That aspect of his game will improve the more he plays.

As usual, Matthew Mulligan was mostly utilized as a blocker. He had some troubles in the run game.

Nate Solder had a tough matchup with Miller. And the Broncos linebacker got the best of the left tackle. Solder gave up two sacks and multiple pressures.

Mankins gave up one pressure but had  a nice bounce-back game. He looked a lot better pass blocking. Ryan Wendell gave up a sack and a pressure. Will Svitek had a good game filling in for Marcus Cannon. He allowed a pressure, but otherwise kept Brady upright. Connolly gave up two pressures but continues to show good mobility on pulls. It wasn’t a perfect game by the offensive line, but overall it was better than recent weeks.

Chandler Jones was all over the field from right defensive end. He had a sack and five hurries. He, like the rest of the Patriots’ defense, wasn’t perfect against the run, but he made some nice plays in the backfield.

Rob Ninkovich was also all over the field. The Broncos stayed away from running to the edges for the most part, choosing instead to run at New England’s interior defenders.

Vellano and Chris Jones had a tough time against the run and pass. Jones had one hurry, but struggled to hold up against multiple blockers. Vellano struggles to hold his ground when he’s pushed laterally.

Isaac Sopoaga only played sparingly in the first half. He didn’t look much better than Jones or Vellano against the run.

Andre Carter had two hurries and one quarterback hit in just six defensive snaps. He’s not as fast as he used to be, but he can still beat blockers.

Dont’a Hightower struggled against the run and pass. He got caught up in the second level too often and struggled to shed blockers. He was benched for Dane Fletcher after allowing a touchdown to Jacob Tamme.

Brandon Spikes had his usual impressive plays against the run, but got caught up in the second level too often. Spikes looked decent in coverage. He allowed three catches on five targets for 6 yards.

Jamie Collins and Fletcher played very well. Fletcher was active in the pass and running games. He should be seeing more snaps moving forward. His forced fumble on a Montee Ball reception was one of many game-changing plays for the Patriots.

Collins played his best game as a pro. He got beat a couple times in coverage but really used his athleticism to his advantage more than we’ve seen before. His pass breakup over Wes Welker late in overtime was a game-saver. He also trucked Knowshon Moreno on a Manning fumble.

The Patriots used Kyle Arrington, Aqib Talib, Logan Ryan, Alfonzo Dennard, Justin Green and Marquice Cole due to some injuries at cornerback. All played well against Manning and the Broncos.

Arrington was lined up across from Welker for most of the game. When Welker would cross over the middle, Arrington would drop back into zone, allowing linebackers to pick up the slot receiver.

Talib was obviously hampered slightly by his hip, but he still did a nice job of covering Demaryius Thomas. He allowed one big play but also had an impressive pass breakup.

Logan Ryan was very good. Like Collins, it might have been his best game as a pro. Ryan had an interception and allowed just one catch on four targets. He covered Eric Decker for most of the game. Arrington created pressure on Ryan’s pick.

Devin McCourty and Duron Harmon played deep for much of the game. McCourty was helping out over the top and didn’t get thrown at. He missed some tackles in the run game but had a strong game overall.

Harmon allowed 31 yards on three catches and four targets. He was blanketing Tamme on one reception. It was just a better throw and catch. 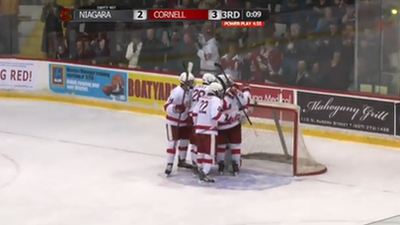 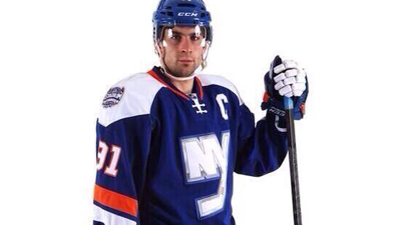