The Rams have had a bit of bad luck of late, and their collective frustration finally boiled over after a tough loss to the Titans on Sunday.

Rams defensive end William Hayes, who is in his second season with the team, took his frustrations out in the locker room after the 28-21 loss on Sunday, smashing a mirror with his forearm and suffering a sizable cut, according to the St. Louis Post-Dispatch. Hayes was immediately taken back to the training room and received stitches on the gash.

The six-year veteran was angry after the Rams (3-6) endured their third consecutive loss, all of which were very winnable games in the fourth quarter. So he hit the mirror in the heat of the moment, not considering the potential consequences.

?You know I?m passionate about the game, about my teammates,? Hayes said on Wednesday. ?I know every guy in this locker room was a little frustrated after the game. And I kind of let my feelings out, probably in a way I shouldn?t have. There?s a way to do things, and I probably took things a little too far.?

Hayes, 28, was back at practice on Wednesday, sporting a thick wrap over his right arm. He isn’t listed on the Rams’ official practice report, meaning he will likely be available to play when the Rams visit the Colts in Indianapolis on Sunday.

Hayes has 13 tackles and three sacks in seven games this season. He embraced his role as a situation pass rusher in 2012, finishing the season with 36 tackles and a career-high seven sacks. 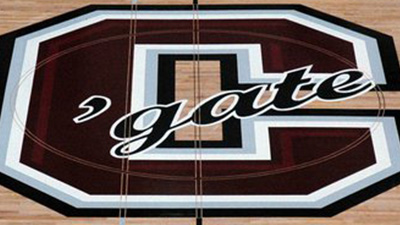