Tom Brady likely experienced a bit of deja vu on Sunday, as this Patriots offense resembled those of years past.

Brady threw for over 400 yards and four touchdowns against the Steelers, with three different receivers — Danny Amendola, Aaron Dobson and Rob Gronkowski— getting over 100 yards on the day. He hadn’t come anywhere near that sort of success this season, so Sunday’s win was a refreshing return to the norm for Brady and offense. The offense was in such a rhythm against Pittsburgh, it even had Brady comparing this group of receivers with the likes of Wes Welker and Deion Branch.

?The more you practice together, the more you?re going to be on the same page,” Brady said on WEEI’s Dennis and Callahan on Monday. “It?s always about the offense and the quarterback, receivers, tight ends, seeing things through the same set of eyes. If I?m thinking one thing and they?re thinking another, it doesn?t usually go well. So, the more we communicate, the more we practice ? that?s why years of experience with certain players, that?s why guys like Deion Branch and I had such a great connection, and guys like Wes and I. We?re trying to develop that with the new guys, because that?s what you?ve got to do in the NFL. We?ve made some progress, and yesterday was a good day for us, but we?ve got to do it consistently going forward.?

Brady has a longstanding relationship with Gronkowski and he developed an almost impeccable connection with Amendola during the preseason, but Dobson’s place in Brady’s inner circle is the most surprising and encouraging.

Dobson enjoyed another breakout game on Sunday, catching five passes for 130 yards and two touchdowns, including a monster 81-yard bomb that put the finishing touches on the win. Brady was impressed with Dobson’s vision on the play, praising the rookie for his adjustment on the route and noting that he feels the two are finally “on the same page.”

?We were kind of backed up in our own territory,? Brady recalled. ?We called a play where Aaron had an opportunity to get down the field and make a choice. It?s one of those routes where you run to the most open spot, and we talk about it. It?s really the quarterback and the receiver having to be on the same page. I saw him take off and he gave me some body language where I knew where he was headed. He?s really fast, so when he gets behind the defense, it?s really hard for them to catch him.”

The Patriots’ offense will need to develop more consistency if they expect to reach the lofty heights they established with the likes of Branch and Welker, but Sunday’s win at least offered Brady some confidence that those expectations aren’t unreasonable. 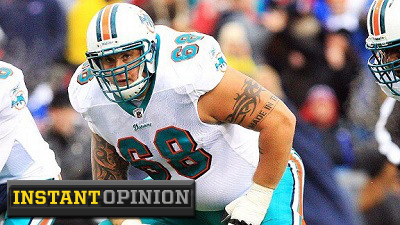 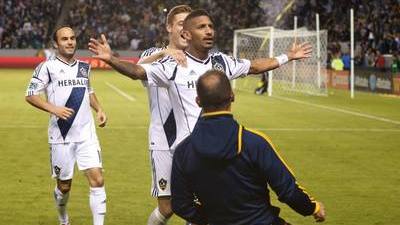