As always, the NFL Pro Bowl roster is far from perfect.

The New England Patriots likely would have had more than four Pro Bowlers if four more of their potential candidates hadn’t missed most of the season (defensive tackle Vince Wilfork, linebacker Jerod Mayo, tight end Rob Gronkowski and offensive tackle Sebastian Vollmer). Still, there were other deserving candidates in New England and around the NFL who did not make this year’s all star team.

None of this year’s Pro Bowl snubs are as glaring as Richard Sherman was last year (he made his first this season), but Devin McCourty is likely the biggest snub of the year. McCourty has been locking down the back half of the field for the Patriots all season. The issue for McCourty, who made a Pro Bowl as a cornerback in his rookie season, was that he was listed as a strong safety. He was more deserving even at that position than Troy Polamalu of the Pittsburgh Steelers.

Defensive end Rob Ninkovich was another snub for the Patriots. He’s among the NFL leaders in total pressures and his run defense stacks up with any defensive end in the NFL. Ninkovich likely won’t make a Pro Bowl until he gets double-digit sacks, but that position isn’t all about that one sexy stat.

Wilkerson has 10 1/2 sacks playing five-technique defensive end in the Jets’ 3-4. He’s one of the most disruptive players in the league at a position that doesn’t typically produce top-tier pass rushers.

Ward is allowing just a 62.5 quarterback rating at strong safety, according to Pro Football Focus. He’s also a strong run defender playing inside the box for the Browns. Sure, he ended Gronkowski’s season, but he can’t be shunned for that.

David has six sacks blitzing in the Buccaneers’ 4-3 defense. He’s equally fantastic when he drops back into coverage for Tampa Bay. Thomas Davis of the Carolina Panthers was also robbed at outside linebacker. The Pro Bowl typically favors 3-4 outside linebackers rather than 4-3 defenders. This year is no different.

Finally, Julian Edelman could have been awarded for his overall fantastic season by being named a Pro Bowl punt returner. Pittsburgh Steelers wide receiver Antonio Brown was named as a wideout and as the punt returner.

Polamalu was one of the biggest “flubs” that made the Pro Bowl. San Francisco 49ers defensive end Justin Smith hasn’t been as dominant has he has in years’ past, but he still made the team. Kansas City Chiefs cornerback Brandon Flowers might have made the team on name recognition alone. He has had a down season, allowing a 103.9 quarterback rating, according to Pro Football Focus. 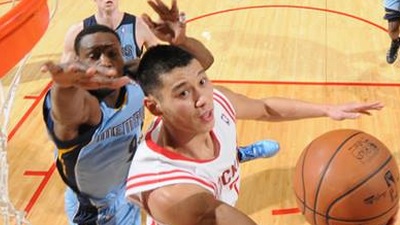