BOSTON — When Avery Bradley left for the locker room clutching his right hand late in the first quarter Wednesday night, all the ingredients seemed to be coming together for a 10th straight Boston Celtics loss.

Bradley, like most of his teammates, hadn’t played particularly well up to that point — the Toronto Raptors had held him to just two points on 1-of-5 shooting — but with the Celtics’ roster already lean after the team sent Jordan Crawford and MarShon Brooks to the Golden State Warriors in a three-team trade earlier in the day, the Celtics could not afford to lose another body. Had Bradley been lost for the night, the Celtics would have been left with Phil Pressey and Jerryd Bayless as their only available backcourt players.

Bradley’s break lasted just seven minutes, though, and the young guard looked like a new player when he returned to the court with 9:15 to play in the second. Bradley scored 14 of the Celtics’ 22 second-quarter points on 6-of-7 shooting, helping Boston build a 45-41 halftime lead it would not relinquish in an eventual 88-83 win.

Bradley cooled in the second half but still finished with 20 points, the fourth time in the last five games he’s reached the 20-point plateau. His hand remained wrapped in an ACE bandage after the game (the official diagnosis from the team was a bruised right hand), and it was obvious that he had been playing through some significant pain.

“It’s fine. It’s really swollen, but I’ll be fine,” said Bradley, who couldn’t remember exactly how the injury occurred. “It’s just a little sprain, or whatever.”

If the second quarter was Bradley’s, the second half belonged to Jared Sullinger. After managing just five points and a modest nine rebounds during the first two quarters, Sullinger came alive as Boston built, then nearly squandered, a 17-point lead. His 25 points and 20 boards gave him the first 20-20 performance of his young career and marked the first time a Celtics player has achieved that feat since Kevin Garnett did so in his very first game in green and white.

For a player who has struggled so badly at times during the team’s recent nine-game losing streak that he was removed from the starting lineup, Celtics coach Brad Stevens was proud to see Sullinger finally put together a complete game.

Sullinger’s career game was critical on a night when the Celtics shot just 34.5 percent from the floor — luckily for them, the Raptors, at 38.5 percent, weren’t much better — and were forced to win the game with defense. Toronto’s total of 83 points was the lowest allowed by the Celtics since Dec. 8, when they surrendered just 73 in a blowout win over the New York Knicks.

“Defensively, I thought we locked in great,” Sullinger said. “We were helping one another, we were talking to one another. I thought it was one of our best games defensively.”

It was far from a perfect win. As Stevens described it, the Celtics could not hit the broad side of a barn for the majority of the night. But on a night when literally every available man was called to contribute, the team will take whatever win it can get.

Crawford’s departure thrust rookie point guard Phil Pressey into a starting role for the first time in his NBA career, and he handled the spotlight well. Pressey did not score a basket in the game, but he ran the floor like a veteran, finishing with a career-high 10 assists and zero turnovers.

Rajon Rondo is expected to resume his role as the team’s starting point guard on Friday, but Stevens was especially impressed with the way the young Missouri product handled himself, particularly as the Raptors trimmed the Celtics’ 17-point lead down to three in the fourth quarter.

“He was terrific,” Stevens said. “I thought he was absolutely terrific. I thought when things got tough, he got tough. I thought he tried to pull guys together. You know, sometimes when you go through some of these games that we’ve been through where we’ve lost leads, the tension seems greater than it probably should. … We went through a little stretch where we weren’t together, but then at the end he was kind of a helping lead, which is hard for a rookie to do.”

Stevens and his players reiterated after the win that they are not sure whether Rondo will play in Friday night’s game against the Los Angeles Lakers. The coach is certain, however, that the point guard will not play anywhere close to the entire game.

“If he comes back Friday, he’s only going to play 18 to 20 minutes,” Stevens said. “And he’s coming back and playing for the first time in a year, so for any of us to expect him to be [in] playoff form is not fair to him. That being said, I think his energy and his leadership will lift our team. But I don’t think we should put too much on his shoulders anyways.”

When asked whether Rondo would have been available Wednesday night in an emergency situation, Stevens, with a smile on his face, said that two of his assistant coaches were higher on the depth chart than his star point guard.

“Well, we were up three with no timeouts to get the ball in bounds and one of the best passers in the world sitting next to me, so no. He would not have been,” Stevens said. “I told Jay Larranaga he was next, and Walter [McCarty] was right after him depending on what we needed.” 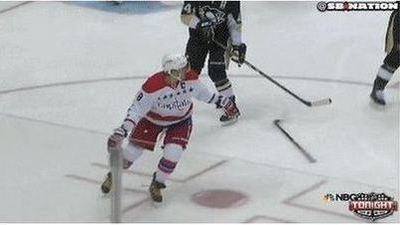