Anyone watching the Denver Broncos’ game against the San Diego Chargers heard Manning shout the word “Omaha” repeatedly at the line of scrimmage — 44 times in all, according to Yahoo! Sports’ count.

“Omaha” is one of the oldest audibles in the book — it even made an appearance in Remember the Titans — and Manning is known for his elaborate pre-snap routines, but that didn’t stop people on Twitter from poking a little fun at the quarterback’s infatuation with the term.

The tweet of the day actually didn’t come until the next morning, when Omaha Steaks — a steak company based in Omaha, if you couldn’t guess — chimed in with this zinger.

Julian Edelman Says He Moved to Los Angeles to Be Closer to Tom Brady, Work on Chemistry With Patriots Quarterback 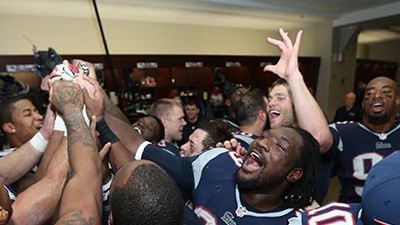